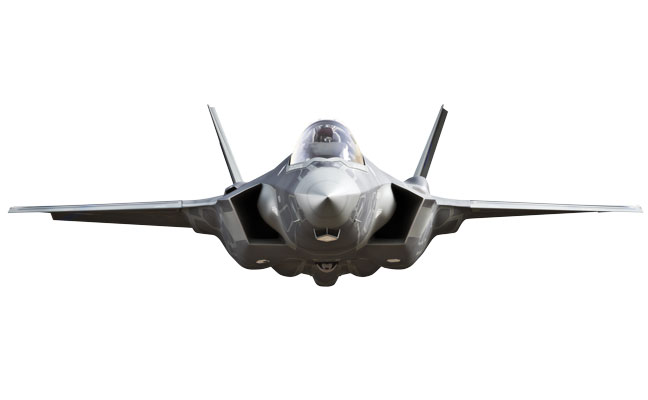 As supply chains worldwide inch back to pre-pandemic levels — and inflation economy prices — the majority of pest management professionals (PMPs) who took our exclusive State of the Industry (SOI) survey are reporting bigger materials and equipment budgets for 2023. More than a third (37 percent) say it will be up between 11 percent and 25 percent. Just 6 percent say it will be flat or down, compared to 17 percent of our respondents characterizing their budget that way last year.

One budget line item often taken for granted is on the rise this year: Sixty-nine percent of respondents said they planned to buy uniforms in 2023, up 5 percent from 2022. Some PMPs report it’s a matter of expanding their team, that more uniforms are needed, but Viper Pest Solutions’ Ashley Emerick pointed to an unusual, but very practical reason he had uniforms as an unbudgeted expense in 2022.

“The heat has been so drastic this summer,” says Emerick, a 23-year industry veteran who owns the one-man, Ozark, Mo.-based company. “I’m usually dressed in black, head to toe, but I had to order a uniform that was in a lighter color, lighter material and offers [ultraviolet light, or] UV protection. My old uniform is now my winter uniform.” 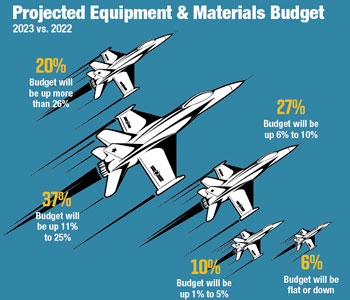 Emerick jokes that as an owner/operator, he can wear his hair and beard much longer than he could when he was a regional supervisor at a larger company. “I also can make budgeting and operations decisions much more easily, because it’s like turning around a speedboat vs. turning around a battleship,” he points out. “I plan to add a part-time employee in 2023 to help with the workload, but I am happy to stay a small, but profitable business.”

While the prevailing wisdom in 2022 is that this is a bad time to purchase a vehicle, many PMPs simply have no choice. Emerick’s new truck was unbudgeted, but his auto shop told him his old truck wasn’t worth the required repairs. He took the hit on the new truck, and jokes that he’s “driving it like a grandpa” to ensure it lasts a while.

Luckily, Crown Pest Control’s George Bryce budgeted for the cost of a new vehicle this year, and is giving the truck he replaced to his teenage daughter — sans company logoed vehicle wrap, of course. “It still works well, but it was getting old and I wanted to phase it out before it got too expensive to maintain,” says Bryce, president of the Matthews, N.C.-based firm.

Pete Fargo, CEO of Acworth, Ga.-based Noble Pest Services, budgeted for four new vehicles this year as well, but did not replace like for like. Rather, he went from full-size to mid-size to save on initial pricing and fuel costs. He also got “more creative” in his vehicle searches, he says.

“I’ve been in the business 30 years, and I’m used to buying new from the dealership,” Fargo explains. “But this time, we scoured the internet for slightly used, off-lease vehicles. One of them, we bought from Enterprise, with just 11,000 miles on it.”

Fargo says he’s happy with his truck purchases so far, but if he has to purchase more in 2023, he might go back to the dealerships for off-lease options to negotiate the best deals.

Industry veteran Melisa Arnold, ACE, started New Cambria, Kan.-based Horizon Pest Solutions just a little over two years ago. She reports she is finally starting to find her footing with inventory. Arnold also says she feels lucky she was able to fund a lot of her initial purchases through her 2022 Women in Pest Control (WIPC) business grant.

“Honestly, 90 percent of my chemical products have been vendor samples,” she says. “I am still working through the free inventory.”

For 2023, Arnold is looking to beef up her marketing services, and also plans to add an attorney to the payroll to help her protect her business.

Crown Pest Control’s Bryce says having the right marketing team in place can make or break a business: “I was using a big company that I spent a ton of money on, but they just didn’t produce,” he relates. “A friend of mine just got her degree in marketing. I hired her, and she has given her all and then some. It’s a noticeable difference.”

Viper’s Emerick says he believes doing business through the pandemic, and now an uncertain economy, has actually made a lot of pest control companies stronger and better. “For years, a lot of us were in a rut,” he points out. “Now we’re out of our comfort zones. We are constantly having to adjust and understand what our risks and rewards are. It’s quite the tightrope.”

Category:
featured, From the Magazine