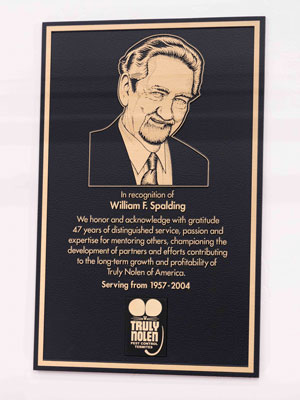 Truly Nolen Pest Control honored the late Bill Spalding as the first inductee for its new Wall of Fame at the company’s Leadership and Training Center in Tucson, Ariz. An unveiling ceremony took place Nov. 11 in front of family, longtime coworkers, friends and guests.

The Wall of Fame provides the Nolen family with the ability to recognize significant and lasting contributions to the company that employees have made over the years.

“Spalding, who passed away in November 2021, is a textbook example of career pathing and the perfect choice as the inaugural honoree,” according to the release.

Judy Shoob first met Spalding in 1967 when she began working for the company. She recalls how he once told her he had a degree in philosophy, but wanted to do something more physical in terms of a job.

“As luck would have it, Bill’s parents lived a block away from the late Mr. Nolen’s office in Tucson, and they encouraged him to apply there,” Shoob, now retired but previously the company’s vice president of human resources, said in the release. “In 1957, two years after Truly Nolen had opened, Bill applied and began doing termite work.”

By the time Shoob met him 10 years later, he had worked his way up to the position of executive vice president, and she said he was “Truly’s right hand man.”

One of the ways Spalding kept demonstrating his worth, according to Shoob, was that he would go into the office after doing his work, see things that needed to be done and he would simply do them.

“As he continued doing this, Truly himself trusted Bill to handle things while he was traveling between branches, and as a result, his hard work led to his eventually becoming executive vice president,” Shoob said. 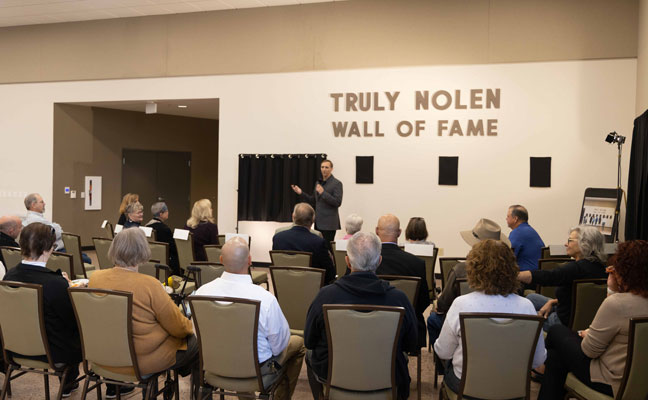 Spalding was a mentor to many, including CFO Matt Wild and Director of Operational Administrative Support Michelle Nolen. Shoob said what made him a good mentor was that if you went to him with a problem, he did not tell you what to do.

“Instead, he would ask that person questions to consider in solving the problem,” said Shoob. “When that person began answering those questions, it would almost always become apparent what [they] should do, which was definitely a unique way to mentor people.”

Chris Maher, who worked with Spalding for nearly 30 years, added, “The biggest impact Bill had on me was ‘understanding self and others.’ In other words, understanding how people are different and seeing things from their perspective, and that you cannot motivate a person – you need to create an environment in which they can be motivated.”

Also known for his compassion and his sense of humor, Spalding’s plaque reads, “In recognition of William F. Spalding, we honor and acknowledge with gratitude 47 years of distinguished service, passion and expertise for mentoring others, championing the development of partners and efforts contributing to the long-term growth and profitability of Truly Nolen of America. Serving from 1957-2004.” 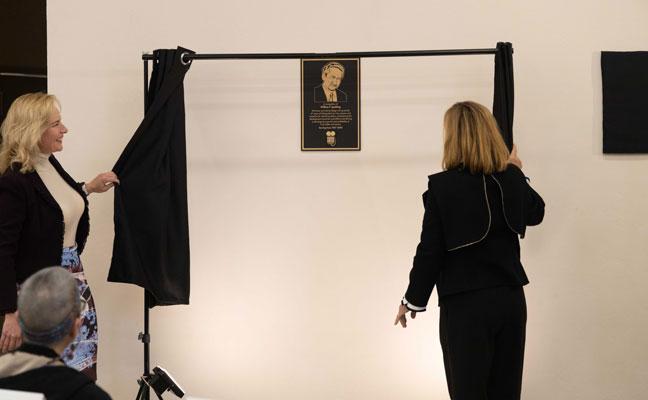 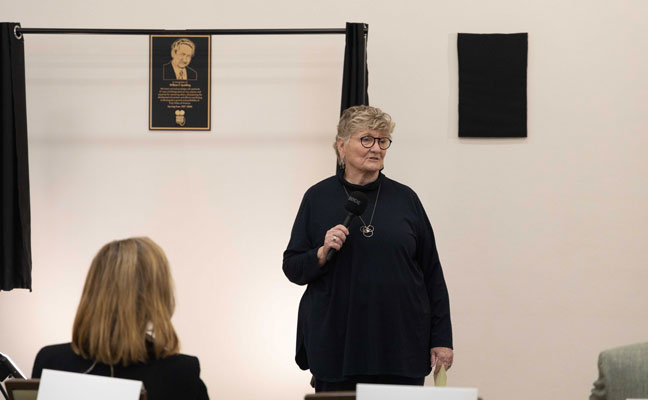 Judy Shoob speaks about Bill Spalding after the unveiling of his plaque. PHOTO: TRULY NOLEN 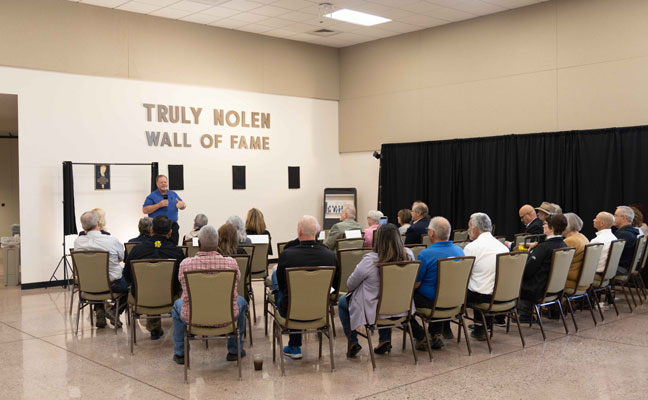 Chris Maher, who worked with Spalding for nearly 30 years, spoke at the unveiling of the plaque on Nov. 11. PHOTO: TRULY NOLEN