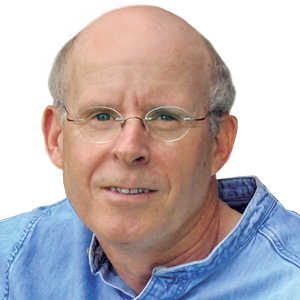 On Nov. 29, the U.S. Environmental Protection Agency (EPA) published a notice in the Federal Register titled “Pesticide Registration Review; Proposed Interim Decisions for the Rodenticides; Notice of Availability.” This notice announced the availability of the EPA’s proposed interim registration review decisions and opened a public comment period on the proposed interim decisions for the following rodenticides: brodifacoum, bromadiolone, bromethalin, chlorophacinone, cholecalciferol, difenacoum, difethialone, diphacinone (and its sodium salt), strychnine, warfarin (and its sodium salt), and zinc phosphide. Comments must be submitted on or before Feb. 13, 2023. The notice is online at Bit.ly/3HWy8cT.

In response, we reached out to rodentologist and Pest Management Professional Hall of Famer (Class of 2008) Dr. Bobby Corrigan to get his take on this proposed regulation and its possible industry impact.

1. After months of speculation about this regulation being in the works, it finally was published for public comment this fall. What will be the true timeline before any changes might get under way?

We are at least two years away from a major decision being made, according to the grand EPA Rodenticide Strategy due in November 2024. And to that point, considering all the high-quality research that already has been conducted and published in referenced journals demonstrating how much environmental drift and hazards to non-targets has occurred and still is occurring, I do not understand why the EPA feels it needs to spend more years and tax dollars re-proving the point. I wonder, is all that published quality science not relevant to the question at hand?

2. Regarding the Nov. 29 notice, what do you think about some of the restrictions it proposes for second-generation anticoagulant rodenticides (SGARs)?

I agree with the proposal that some changes do need to happen regarding the current use of SGARs. That should be clear to everyone paying even a modicum of attention to the environmental issue. Creating a Restricted Use Pesticide, or RUP, category for all SGARs makes total sense, because in my opinion, the public has no business having these tools — at least not in the amounts they can easily get them right now. Our industry needs to work with the EPA, however, on ensuring this doesn’t tie the hands of pest management professionals. The Restricted Use Pesticide (RUP) category will, for sure, be an inconvenience to PMPs here and there. But considering the high environmental impact of rodenticides, are we saying there should be no “price” the industry is willing to pay to actually be what we proclaim to be on our banners: “Guardians of the Environment”?

3. That is a widespread concern. Are there other points in the notice that might affect our industry directly?

One thing I didn’t see discussed in-depth in the document was how the internet sales of nearly all rodenticides is going to be addressed. It’s a multi-billion-dollar industry now, and in most cases there is no need to show proof you are a professional to purchase online.

4. What are your thoughts about the notice’s proposal for perimeter baiting?

Rodenticides are important tools for us and for the world; there is no doubt about that. But installing bait stations around buildings of all sorts as “maintenance,” regardless of the individual needs of the account, is not a professional approach. It’s the opposite of the integrated pest management (IPM) philosophy; rodent control and prevention cannot be served with a one-size-fits-all solution.

5. Any final thoughts on this for now, Bobby?

The last point I’d make is about the use of rodenticides in rural areas — croplands and orchards for voles and field mice, and livestock farms on behalf of pigs and chickens, for example. These uses need to be looked at very carefully by the EPA for site-specific (crops vs. livestock) label application instructions. My ongoing experience is that the threat to non-targets is mostly from two large aspects: rural applications and the lay public’s ready access to meant-for-professional SGARs from online purchases. The structural pest management industry, while the most visible and identifiable entity to the world, is, in my opinion, in third place after these two entities regarding posing risks to non-targets. But that would have to be proven via an empirical study. Perhaps that is the direction the additional EPA studies listed in the notice will take, but that remains to be seen.