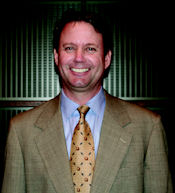 Most pest management professionals (PMPs) know that bird control can be profitable, and many focus on trying to sell large jobs (home runs). But many PMPs are learning that small jobs can be even more profitable — and can be done in very little time.

An estimate for a shopping center or airplane hangar can take days to estimate and propose, and may take months to close. But putting 10 ft. of bird spike on a homeowner’s chimney, for example, may take less than 10 minutes total, and yield a handsome profit.

Some PMPs now carry basic bird control equipment in their vehicles, and do jobs as they come across them. While performing the monthly pest control service on a customer’s house, a PMP can point out a pigeon problem, for example, and offer an on-the spot application.

Armed with a ladder and knowledge of how to place spikes, for example, a PMP can generate sales of $200 or more for about 10 minutes of work. Birds generally perch or roost on roof peaks, chimneys, under eaves or dormers, and on windowsills. All of these can be handled with a few feet of spikes. PMPs may also carry around some hardware cloth and shears to exclude pesky birds from certain areas.