Tips and Tricks: When to treat for fire ants 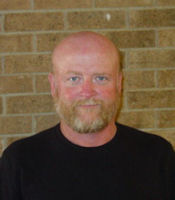 The U.S. Department of Agriculture (USDA) estimates that fire ants cause nearly $6 billion of damage each year. But destroying crops and electrical equipment are not the only trouble with fire ants. They also inflict severe stings — producing pain, inflammation and pustules that can lead to infection.

As pest management professionals (PMPs) see a growing demand to control fire ants, there are a few tips to share with customers about identifying an infestation and how to deal with the pests:

• Fire ants are typically 1 to 3mm in length, with a reddish head and thorax and a black abdomen. They will rapidly attack in force anything that disturbs their mound.

• Mounds can be as tall as 15 in. They will build their mounds in open areas, and also under or adjacent to structures such as rocks and landscape timbers, at the bases of tree trunks, in decaying wood, etc.

• Starting with cooler weather, fire ant mounds may be more readily visible because of increased moisture. Cooler temperatures will also bring up mounds, as the ants want to keep their larvae or brood warm.

• Early fall treatments are a great idea to keep fire ants from becoming a problem next spring. Treating with baits can prevent smaller, unseen colonies from becoming larger problems later on. It seems that the most effective treatments combine an adulticide, to attack the worker ants, with an insect growth regulator (IGR), to sterilize the queen and prevent rebound.