Tips and Tricks: How to kill a Norway rat 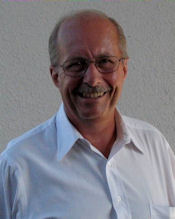 The easiest and most effective way to kill Norway rats is to attack them where they live. In cases of infestations, this usually means treating their burrows with appropriate rodenticides. Individual “rogue rats” are another matter.

The most effective way is to apply a rodenticide directly inside their burrows. These additional helpful hints will aid in success:

• Choose a rodenticide labeled for burrow application. This year, the U.S. Environmental Protection Agency issued label language that specifically states that certain formulations, including traditional wax blocks, soft bait and place packs, may not be used in burrows.

• Use a long-handled spoon or other device to put loose pellets or meal bait at least 6 in. into the burrow. Rats seem to perceive loose bait as “seeds” blown in naturally by the wind, and are more likely to accept them.

• Do not cave in burrow openings. Rats often relocate when stressed in this way. At the very least, they will kick out the bait as they work to reopen the entry and bolt holes. It’s best to leave the burrow as undisturbed as possible.

• Return in three to seven days. Retreat all burrows that are believed to remain active. Repeat the process once or twice a week until none of the burrows are active. Once burrow activity has ceased, you can “shovel them shut.”