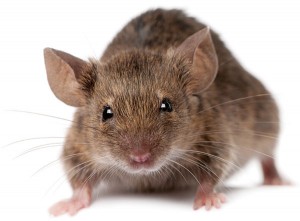 Mouse individuality might play a large part in its ability to adapt and survive. The House mouse, Mus domesticus, is a successfully pestiferous mammal.

It thrives in various conditions and is found in and around homes, commercial structures, open fields and agricultural operations.

House Mouse Taxonomy
■ Kingdom: Animalia
■ Phylum: Chordata
■ Class: Mammalia
■ Order: Rodentia
■ Suborder: Myomorpha
■ Family: Muridae
■ Genus: Mus
■ Species: domesticus
House mice have an adult body length of 3 to 3.9 inches. Its tail length is 2 to 3.9 inches, its weight is 0.4 to 0.9 ounces and its coloration ranges from white to grey to brown to black (light on underside). Some hair is present on its ears and tail.

There is a smaller distance between the anus and genital opening of the female House mouse, which has five pairs of mammary glands. Males have a distinct presentation of testicles, which are large compared to the rest of their body.

Body Exterior
■ Bright eyes.
■ Erect rounded ears.
■ Pointed snout with vibrissae.
■ A long, prehensile tail is sensitive to pain, acts as a balancer, and a thermoregulatory organ.
■ Feet with five toes on each.
■ Feet have walking pads and rudimentary sweat glands open to the surface of the footpads.
■ No hair on nose, palms, lips, and soles.

Body Interior
■ Poor body heat regulation (can die at 99°F).
■ Mice salivate some in response to high temperatures.
■ High temperatures cause mice to seek cool shelter.
■ House mouse urine is highly concentrated.
■ Males have strongly scented urine (four times more allergenic than females).
■ Mice excrete large amounts of protein (taurine) in urine.
■ A diastema or prominent space separates the incisors from the molars.
■ Incisors (normally yellow in color) grow continually and are self-sharpened and wear
down by mastication.
■ Most placental mammals have a baculum (penis bone, penile bone, or os penis) within the penis.
■ The female has five pairs of nipples and mammary glands (3 thoracic and 2 inguinal).

Reproduction
■ Puberty occurs between 28 to 49 days of age.
■ A vaginal plug is formed at copulation and contains a mixture of vesicular and coagulating gland secretions.
■ Pups are born within one to two hours (dead pups are eaten by the female).
■ Post lactation estrus is two to four days after litter evacuation.
■ A litter of more than 10 pups is common.
■ Breeding stops at 1 to 1.5 years in females and later in males.

Hearing
■ Born deaf and hear at 21 days.
■ Repeated exposure to high pitch sound causes retardation of growth and reproduction.
■ House mice communicate through ultrasonic vocalizations, which are emitted by pups as distress calls, by adults during courtship (mainly males) and during sexual interactions (females).

Touch
■ Mice can sense air movements and surfaces with whiskers or thigmotaxis (migration along a gradient).

Behavior
■ Mice will rear-up or climb and push their noses high to sample air.
■ Hours are spent in grooming behavior.
■ Areas of urination and defecation aren’t always well established, but communal sleeping areas aren’t soiled.
■ Most mice are nocturnal.
■ In groups, mice sleep in communal piles with individuals changing positions.
■ When fighting, mice inflict bite wounds from behind the tail.
■ If dominant males or females continually bite other individuals, death might result (lower ranking mice might lose weight under continual attack).

Nutrition
■ House mouse is an omnivore.
■ Mice consume about 15 grams of food and 15ml of water per 100 grams of body weight (mostly at night).
■ A diet of at least 20 percent protein is required.
■ Forefeet are used to manipulate food (incisors prepare food for mastication by molars.

Dr. Mitchell, D.O., Ph.D., M.P.H., B.C.E., a board-certified physician and entomologist, is principal technical specialist for PestWest Environmental, as well as PMP’s Technical Editor. He can be reached at docmitchell@northcoastmedia.net or 515-333-8923.

An interview with a house mouse

Mouse trouble? Up your game