Tips & Tricks: How to Work Around Stinging Pests 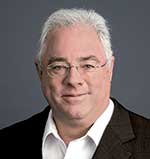 Bees and wasps only sting people to defend themselves or their nests. If you’re stung, it’s likely because you’re too close to their nest or they think you’re trying to hurt them. When working around stinging pests, consider:

⦁ Some of the more aggressive species include yellowjackets, hornets, Africanized honeybees (AHB) and bumblebees.

⦁ Be still, and develop a slow hand around stinging pests. They assess threat levels before stinging.

⦁ Move away slowly, so you’re no longer perceived as a threat.

⦁ Do not crush to kill. Many species release an attack-triggering pheromone, which activates the nest-mate defense system.

⦁ If you’re working around known AHB, consider leaving your vehicle nearby with the air conditioning running in case you need to retreat. They’ll calm quickly in the cool environment.