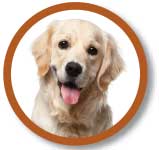 Why?
Los Angeles, Dallas and other large cities are under assault by increasing “poopetrators.” Many dog owners are not collecting their pets’ feces, resulting in heavy scat placements in and around public areas, on rooftops and in elevators. U.S. dogs poop 10 million tons each year — enough to fill 3,800 trucks stretching from Seattle to Boston.

A veterinary lab in Knoxville, Tenn., has created a DNA testing kit for dogs that apartment dwellers can use to catch dog owners who do not comply with property rules (learn more at PooPrints.com). Unmanaged and increasing dog feces within urban areas can greatly increase the presence of flies, rodents, birds and other pests in densely populated urban areas. 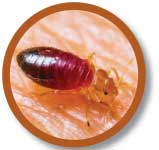 Bed bugs are constantly feeding and are dramatically becoming more of a public health issue. Within low-income housing in particular, people are unable to afford services that control and eliminate bed bug infestations. Bed bugs can exploit these socioeconomic realities biologically, behaviorally and economically. 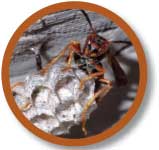 Developing areas of the U.S.

Hymenopterans are the most significant venomous insects, and include social bees (Apidae), paper wasps, yellowjackets, hornets (Vespidae) and ants (Formicidae). They vary in size from very small to as long as 2.5 in. In the United States, hymenopteran stings account for more deaths than any other form of envenomation. Most of the deaths are from Type I hypersensitivity. Some deaths are from direct toxicity (multiple stings).

Increasing warming periods can result in an overabundance of water, food, shelter, space and heat, allowing hymenopterans to drastically expand their ecological boundaries and populations.