Brown Recluse Spiders on the Loose 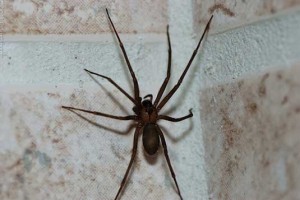 If you’ve ever wanted to travel to Europe, now is the perfect opportunity for pest management professionals to take a trip to France and say it’s for business. Two women in Languedoc-Roussillon, in the southern region of France, were recently bitten by the poisonous brown recluse spider, reported a French newspaper, The Connexion. The venom from the spiders is so powerful that it can lead to death of skin cells if left untreated. In both the recent cases, the bites were so bad that the women needed plastic surgery to replace dead skin.

Coincidentally, the two women (who are unrelated) were both bitten on the leg, after the spiders were apparently hiding in their pants. Christian Herlin, the plastic surgeon who operated on both women, said in an interview that the second bite he saw was much worse than the first. “We operated to remove flesh that had necrotized on the surface and down to the muscle and she’s now got a 10 cm scar,” Herlin said.

The brown recluse spider tends to hide in dark, quiet places, reported Mirror Online. In an interview with Mirror, spider expert Guillaume Mardin said, “The best advice for people in the warmest and driest areas in the south is to shake out clothes before putting them on, and check your bedding before sleeping.”

Before you visit a house claiming they have a brown recluse spider infestation, read up on identification tips and treatment strategies for the eight-legged enemy here.