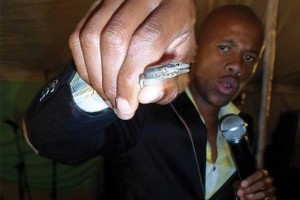 The saying goes, “you are what you eat,” but is that really true? It’s highly unlikely in the case of the followers of Penuel Mnguni, a self-proclaimed prophet who told members of his congregation to eat live snakes. The reason? To test their faith by making them eat snakes that would taste like chocolate, the Daily Mail reported.

Of course, feeding live snakes to the congregants of your church can make people pretty unhappy, especially the Society for the Prevention of Cruelty to Animals (SPCA), South Africa’s biggest animal charity. After seeing photos of the snake feeding, the SPCA immediately filed charges against Mnguni, citing animal cruelty as the reason. IOL News reported that the “prophet” has since been arrested and awaits charges against animal cruelty.

Mnguni has recently made headlines after social media accounts showed him making worshippers perform embarrassing tasks to prove their faith, according to the Daily Mail. Along with snakes, the 27-year-old priest from South Africa has also been known to make people eat other strange objects, such as clothing and hair.

Arno Naude, of the Snake Bite Assist and Transvaal Herpetological Association, told IOL News that he was appalled to see someone con people into killing snakes in such an inhumane way. “We spend our whole lives trying to capture and remove the snakes from people’s homes and set them free in a safe environment. Can you imagine how it would be to eat the snake bit by bit while it is alive?”

Snakes are a common reason pest management professionals are hired, but there are definitely more humane—and sane—ways of getting rid of them. Moral of the story: don’t suggest that your customers eat snakes to get rid of their pest problem.