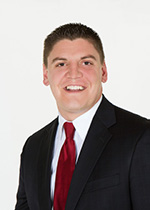 On Aug. 11, the Cincinnati Leadership Award was presented to a select group of individuals who have made significant contributions to their profession and community. A ceremony was held at Cincinnati’s Taft Center to celebrate the 2015 Leadership Class of the Ohio Valley Chapter of the National MS Society. Award recipients raised $30,000 to address the challenges of the more than 6,000 people living with multiple sclerosis (MS) in the Ohio Valley area.

PMP columnist Eric Scherzinger, sales and marketing manager for ScherZinger Termite & Pest Control, was awarded the Top Fundraiser at the ceremony. He raised more than $4,300.

“The reason I participated with the Leadership Class when I was nominated was because of my personal connection to MS. My grandpa had MS and was confined to a wheelchair, but he didn’t let that hold him back,” he says, referring to PMP Hall of Famer Ed Scherzinger. “The struggle I saw him go through was terrible, but he taught me a lot by still coming into work every day. He didn’t let the disease keep him back. When he was confined to a wheelchair he then got more involved with an industry magazine he started, into computer systems and the customer database side of the business.

“The Leadership Class campaign is a unique opportunity to fundraise, but also raise awareness at the same time,” he adds. “It is not something people always want to talk about or know that I am passionate about, but this has opened an avenue to start that discussion. This is a disease that affects people in the prime age of their lives, typically being diagnosed around 30 years old.”

About MS
Multiple sclerosis is an unpredictable, often disabling disease of the central nervous system. It interrupts the flow of information within the brain, and between the brain and body. Symptoms range from numbness and tingling to blindness and paralysis. The progress, severity and specific symptoms of MS in any one person cannot yet be predicted, but advances in research and treatment are moving us closer to a world free of MS. Most people are diagnosed between the ages of 20 and 50, with at least two to three times more women than men being diagnosed with the disease. MS affects more than 2.1 million people worldwide. It is the No. 1 disabling neurological disease in young to middle-aged adults.