I’m a horror movie fanatic (and I’m actually understating that a bit), so October is one of my favorite times of year. In addition to PestWorld looming large over the middle of the month we also have Halloween and all of its related fun to look forward to. My rule to myself during October: If I’m watching a movie, it had better be a horror movie. (There are still a handful of minor horror classics I need to get under my belt.) Some industries shy away from mixing business and pleasure, but I rarely see that in the pest management biz, primarily because most in the industry like what they do, are proud of their work, and enjoy discussing it with peers. In the spirit of business + pleasure, here are my favorite pest-related horror movies. By now you know not to expect much accuracy on Hollywood’s part when portraying pest management professionals, so keep that in mind when perusing this list. It’s all in good fun and I doubt too many people turn to horror movies to better inform themselves about pests. With that lengthy preamble behind us, let’s begin: 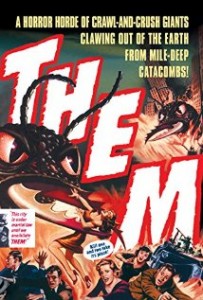 THEM! (1954) Giant ants! Sci-fi and Horror movies of this era were obsessed with inherent scares that stemmed from giant ANYthing. From Attack of the 50-foot Woman (giant scorned woman) to Beginning of the End (giant grasshoppers!). The best of this subgenre is THEM! Good story, good effects (for the time) and decent performances make this a stand-out.

Willard (/ Ben) (1971) – Willard and its sequel, Ben, are the king and prince of rodent-themed horror. What if you could command rats to take revenge on late-to-pay accounts and arrogant DIYers? If you’re spooky enough to have imagined such a scenario, do I have two movies for you! (Incidentally, as far as horror remakes go, the 2003 re-imagining of Willard starring Crispin Glover is worth a spin.)

Tarantula (1997) – For a scientist, Leo G. Caroll doesn’t seem too bright when he starts testing his experimental growth hormone on the titular star.

Big A** Spider (2013) – Full disclosure. I actually have yet to make time for this one, but I plan on it this month. (Last I checked it’s on Netfix’s instant-watch.) It got decent reviews and you may remember that it received a sponsored special screening at PestWorld 2013. As the ridiculous title suggests, it’s a horror comedy. 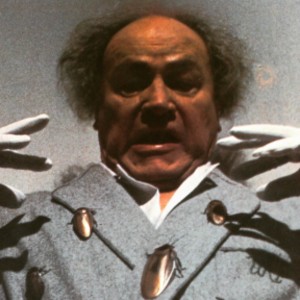 Creepshow (1982) – Speaking of horror comedies, ‘Creepshow’ takes the cake. It’s an anthology of 5 comic book inspired horror stories. They’re all great, but allow me to direct you to the segment “They’re Creeping Up on You” featuring E.G. Marshall as a hateful OCD slumlord who has a very bad night when cockroaches invade to offer him some pestiferous karma. The screenplay is by Stephen King.

Arachnophobia (1990) – The granddaddy of pest horror, and one you’ve probably already seen. It’s a lot of fun, if not a bit ridiculous, but also brings the giggles with the chills.

Kingdom of Spiders (1977) – For a taste of over-the-top 70s-era horror, you can’t beat William Shatner battling tarantulas taking over a small desert town. Ridiculous, uneven, but fun. It also features a cast of thousands (of tarantulas)! 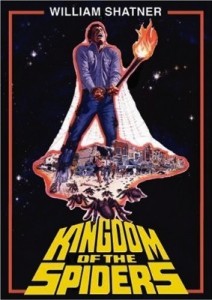 The Fly (1958) / The Fly (1986) – I’m a huge Vincent Price fan, but I don’t feel too bad about saying the 1986 remake of ‘The Fly’ has the upper-hand where quality entertainment is concerned. I do love the original David Hedison-fly (big fly head on a man’s body) but it’s very talky for a 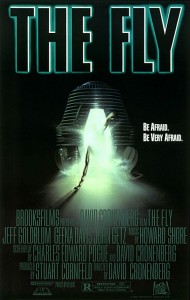 50s horror flick and bettered by David Cronenberg’s now-classic 80s remake with Jeff Goldblum in the starring role. The two movies only have the most basic premise in common, but they’re both great on their own merits. However, be warned: Fly ’86 is not for the squeamish. You know how flies eat? Yeah, well so did director David Cronenberg when he made Goldblum demonstrate in graphic fashion.

Phase IV (1974) – Less well known, but interesting and innovative sci-fi horror about desert ants that suddenly form a collective intelligence and begin to wage war on the desert inhabitants.

I know I’ve only named a few of many, so I’d love to hear your favorite pest-centric horror movies. Tell us about them on Facebook or in the comments below.