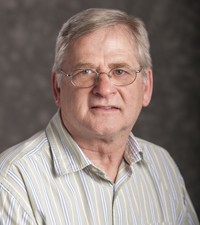 Dr. James Miller, an entomology professor at Michigan State University in East Lansing, has been elected a 2015 Fellow of the Entomological Society of America. He has received the honor for his pioneering research in insect physiology, chemical ecology and behavior that has significantly enhanced insect detection and management.

Among his research accomplishments, Miller helped pioneer the field of chemical ecology; established the wind tunnel as the standard for studying how insects orient themselves; originated the rolling-fulcrum model of animal decision making and the push-pull tactic of pest management. These findings have expanded knowledge of what constitutes suitable habitats for African mosquitoes that spread malaria.

In addition, Miller led a team in writing a book, Trapping of Small Organisms Moving Randomly – Principles and Applications to Pest Monitoring and Management.

“What a great honor for Jim and our department,” says Dr. Bill Ravlin, professor and chair of the entomology department. “His peers have recognized him for his excellence in research and teaching. He has a well-documented record of accomplishment in the classroom and as a mentor of multiple generations of entomologists. He exemplifies what it means to be an ESA fellow and richly deserves the title.”