How to reduce wood-destroying insect callbacks 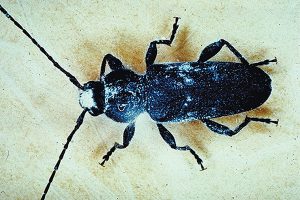 When it comes to callbacks, many pest professionals find wood-destroying insects (WDI) problematic — beetles in particular. It’s not because excellent management options don’t exist. Rather, it’s because of the cryptic nature of these beetles and the tricky task of determining whether they are active. Customer concerns about potential structural damages can make investigating a WDI callback particularly challenging.

Live adult beetles emerging from exit holes are rarely witnessed. Instead, evidence of activity usually is observed in the form of emergence holes, or frass. Frass can be tricky, because old frass can be dislodged from holes long after the beetles have left. There are however, some other, relatively easy ways to determine whether beetles are active:

If beetles are still active, a retreatment might be in order. But if you can determine that the evidence is simply the remnants of the previous (controlled) infestation, you can avoid costly callbacks.

Dr. Fredericks, VP of technical and regulatory affairs for the National Pest Management Association (NPMA), can be reached at jfredericks@pestworld.org.