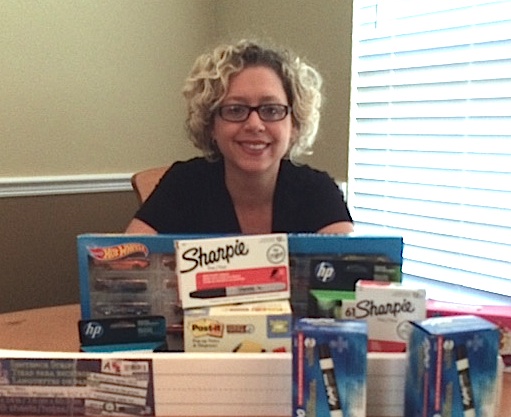 We love to hear stories about the industry so near and dear to our hearts giving back to their communities, so naturally I was delighted when the first email I cracked this morning was from Kevin Citarella of Citarella Termite and Pest Management in Spring Hills, Fla.

Kevin explained in his email, that this is the third year he and his wife, Gigi, have participated in a program that allows them to “adopt” a local first grade classroom whose school’s lack the funds to furnish those rooms with the basic supplies and materials required to successfully “shape and mold the minds of our future leaders,” as Citarella eloquently explained it.

According to Citarella, Hernando County is one of Florida’s poorest school districts, so a program like this one has a very clear and evident impact.

In a Facebook post, the 1st grade teacher of the classroom the Citarella’s adopted, offered her thanks to Citarella and revealed exactly how their kindness and support made a difference for her:

A HUGE shout out to Gigi and her husband Kevin, who own Citarella Termite and Pest Management. For the past three years they have adopted a classroom to provide supplies for, and this year they decided to adopt me. Gigi had me send her a “wish list” of things I need and mostly provide myself or ask parents for throughout the year. Then, she and Kevin so graciously purchased all of the items I listed. I am in awe of their generosity! Thank you so much Gigi and Kevin for giving back to the community and allowing me to be blessed in the process. Love you both!!

As someone who’s had many family members and friends who work in the public school system, I know the need for classroom supplies is not an isolated problem. It’s become quite common across the country for teachers to reach into their own pockets to supply their rooms with the basics we took for granted as kids — everything from chalk to pencils; THE BASICS. On a public teacher’s salary, that’s asking a lot of an educator. So, hats off to the Citarella’s for lending a helping hand to this nation’s most important resource: it’s children.

Kevin took the time to share this story with me in hopes of inspiring others to help out as well. After all, who would want to deny our future leaders pencils, chalk and textbooks?

Kevin Citarella is president of Citarella Termite and Pest Management and can be contacted at kevin@citarellapest.com.