Dr. Vernard Lewis reflects on a 26-year career at the University of California, Berkeley. 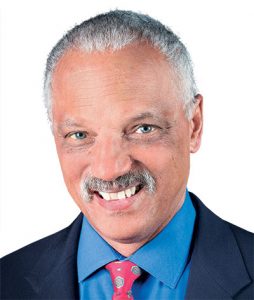 Saying that he’s “had a blast,” Dr. Vernard Lewis reminisced with Pest Management Professional (PMP) about his 26-year career as an entomologist at the University of California, Berkeley’s Richmond Field Station.

It’s a good time for Dr. Lewis to look back, because he plans to retire from Berkeley in June 2017. Until then, he has one more big “blast” coming on Oct. 17, when he will be inducted into PMP’s Hall of Fame.

“I’ve been blessed with high energy and curiosity, but now it’s time for some young blood to come and take this position to the next level,” he says. “I’m ready to leave because I’m tired.”

Dr. Lewis, 65, was bitten by the entomology bug at age 5, and collected insects in kindergarten. The Minnesota native spent seven years with his grandparents in Fresno, Calif., then moved back to Minneapolis for middle school and high school. As the oldest of 10, his bug-collecting hobby was something that was his alone, something he didn’t have to share.

When high school counselors told Dr. Lewis he wasn’t smart enough to go to college, he decided to prove them wrong. He arrived at Berkeley as an undergrad in 1972, kicking off what has been nearly a half-century relationship with the university. 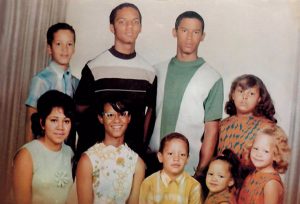 He recalls how happy he was to be offered the job.

“They were looking for an urban entomologist and they never had an African-American faculty member in my college. So, here I am,” Dr. Lewis says. “With me, you can check all kinds of boxes.”

To help pay for his doctoral studies, he worked at San Quentin Prison as the head of the pest management department from 1986 to 1988 (Editor’s Note: See PMP’s June cover story for more on his experience there).

Dr. Lewis was also part-owner of IPM Systems at that time, and says he has maintained his state pest control licenses since 1982.

“San Quentin is a tough place,” he says, explaining how he ran the pest management program there. “I think I had the most success in modernizing their program and using more modern tools.” 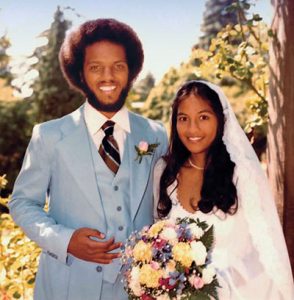 Dr. Lewis has vivid memories of battling bed bugs in the 1980s at the prison.

“The inmates treated me pretty well, because if you disrespected me, you’d have to sit there with those bugs,” he says. “That’s a hard way to go — but prisons are hard. There aren’t any choir boys in there.”

Dr. Lewis says he tried to instill responsibility when training the inmate work crews he worked with at San Quentin.

“I would characterize my many years as a pest control operator as being hard work that demanded I employ many skills,” he says. “It enabled me to help many people in need.”

Dr. Lewis says he is an urban entomologist. “IPM [integrated pest management] guys have been doing this for decades,” he says. “I have a foot in both worlds — the university and pest control.”

His university “foot” got the Villa Termiti built on the Berkeley campus, says Dr. Lewis. The 400-sq.-ft. wooden building — defined as “The House of the Termite” — is used to test for drywood termite detection and control methods. 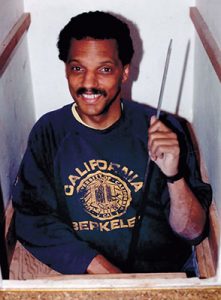 “Termites are by far the easiest insects to do research on, but with bed bugs, there is a lot more drama,” he says. “I got drafted into conducting bed bug research. I had a patent pending on a bed bug bait, but I couldn’t get anyone to license it.”

Over the past 26 years, Dr. Lewis has given more than 700 entomology presentations, an estimated 65 percent of them directed toward pest management professionals (PMPs) to assist them with their training and development programs.

Dr. Lewis now finds himself concerned with his faculty position at Berkeley.

“When I go, I’ll be the last termite expert in the system for a while,” he laments. While he hasn’t planned on taking on any work post-retirement, he says he might be swayed. “If someone could come up with a big enough project, and there’s financial incentive, I could be talked into working.”

Until that project materializes, Dr. Lewis has other plans: “When I retire, I might go back to bowling and golf. I also have a grandson who is high-energy to keep me busy.” 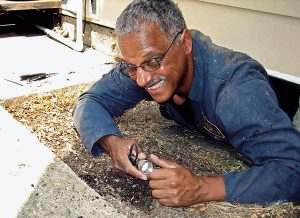 Dr. Lewis is a founding member of the Global Termite Expert Group, which was put together by the United Nations. The 20-member group from around the world worked together on projects from 2000-2008. ”Actually, I was the chairman of that group,” he says. “Maybe no one else wanted to be chairman; I was crazy enough to take it.”

Dr. Lewis was in Japan on sabbatical leave from the University of California in 2011, when that country was hit by a major tragedy. “I was a three-hour bullet-train ride away from the nuclear plant that caused a major part of the country’s problems,” he says. Dr. Lewis was stationed at Kyoto University, working as an urban entomologist.

Jerry Mix, a 2005 PMP Hall of Famer and editor-at-large, can be reached at pmpeditor@northcoastmedia.net.