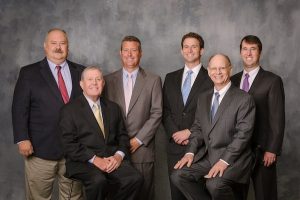 Scott Fortson speaks exclusively with PMP about being Terminix’s franchise growth leader in Georgia and the Carolinas.

Terminix Service Inc. (TSI) was started in 1927 as a franchise of what’s today known as Terminix International, Memphis, Tenn. But when termite control pioneer Thomas P. Knox purchased the franchise in 1947 with his three adult children — Juddie Knox Fortson, T.P. Knox Jr. and Marion Knox Sr. — little did they know that it was the beginning of a seven-decade dynasty. Today, TSI is considered to be the largest franchise of the Terminix International franchise system. 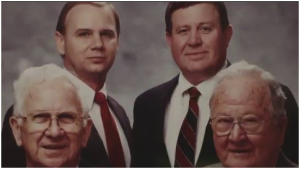 TSI was managed early on by Marion and T.P Knox Jr. Then Juddie’s son Thomas Fortson and Marion’s son Lex Knox took over leadership. Scott Fortson’s grandmother was a Knox who married a Fortson (and thus united the families further). Today, he is president and COO of the Columbia, S.C.-based company.

“The fourth generation is currently at the helm, and the fifth generation is coming soon, as my son is a senior in college and is open to working in the business,” Scott Fortson says. In addition to Fortson, active family members include:

“We pride ourselves in making sure we all work together, all get along,” Fortson says. “There are no egos, we just make it work.”

One big strength of TSI from nearly the beginning has been its focus on training for new employees.

“It’s a week-long training class that touches on who we are as a company, goes through some human resources issues,” Fortson says. “We also make use of the insect identification facility in the back of our headquarters facility here, a mock foundation that has every type of construction detail.”

Office and technical staffs alike are grouped together for the first two days for an overview, and on the third they break out into different tracks so new office employees can learn the computer administration processes and systems.

“While we provide ongoing training as well, we find that it’s really important to start them off on the right foot,” Fortson says. “We want to make sure we’re consistent on the message.”

That message also extends to how all 1,200-plus TSI employees interact with customers, he says.

“We’re here to control their pest problems, but we are also dealing with people in their homes,” Fortson points out. “We find it’s important to teach our employees how to communicate properly, be polite, properly dress.

“It can be as simple as putting on booties when we walk into the home,” he continues. “Our technicians are cognizant of their surroundings when treating inside and outside, and treat every property with respect. We believe that this is how we get repeat business from existing customers, as well as from their friends, neighbors and relatives.”

Fortson says the company’s 53 offices, whose territory includes South Carolina, western North Carolina and the Central Savannah River Area of Georgia, have always done some mosquito work. But in the last couple years they’ve stepped up efforts, thanks to the public health awareness of mosquito-borne viruses like West Nile and Zika.

“We’ve done more marketing campaigns, internal contests, and just making our own people more aware so they are knowledgeable when talking to their customers,” he says. “The takeaway there is, don’t have blinders on. Be open to new opportunities as they arise.”

TSI was committed to mosquito success in 2014, and through the efforts of strategic marketing and sales initiatives saw a 170 percent increase in sales. By the end of 2015, TSI saw more than a 100 percent increase of its account base in mosquito service.

While most TSI techs are considered universal technicians, because of the recent growth in mosquito and bed bug service, Fortson says some of its branches designate specific crews for mosquitoes or bed bugs. This is especially true in the summer, when pest activity is at its peak.

Looking ahead, Fortson says he looks forward to TSI’s continued growth both organically and through acquisitions.