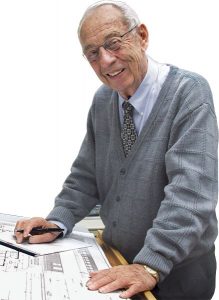 John Cook Sr. is a 2015 inductee of the Pest Management Professional (PMP) Hall of Fame. He touched many lives — including mine, and I never even worked for his company. Even though Cook’s Pest Control is a direct competitor in my east Tennessee market, I learned long ago about the integrity of the man behind the company.

Let me start with this personal story: It was the spring of 1984. I had just started Johnson Pest Control and just joined the East Tennessee Pest Control Association (ETPCA). My lifelong friend Hugh McMurray, who like Mr. Cook has since passed away, was an active member of the National Pest Management Association (NPMA, known then as the NPCA). Hugh had given me several of his copies of Pest Control magazine (now PMP; wow, things have changed over the years!) from the early 1980s.

Being new to the industry, I was hungry to learn as much about this business as possible. I remember reading every issue, trying to soak up as much knowledge as I could. Remember, this was before the internet. I quickly subscribed to every industry publication available to keep learning.

It was lunchtime at the steakhouse where we had our ETPCA meetings, and I had just sat down at a table by myself. Suddenly, I looked up to see John Cook parking his car outside. I was new to the association and figured everyone else there would see Mr. Cook coming into the meeting and greet him. Well, to my surprise, no one else even knew who this man was. But I did! I had seen pictures of him several times in the magazines. I knew he had served as president of the NPCA in 1973-1974 and was an industry leader.

I figured that this would be a wonderful opportunity to meet this man, so I welcomed him to sit down and have lunch with me. He graciously accepted. It was just Mr. Cook and me, talking about the pest management business. He wanted to know all about how I started my business and learn more about me. Wow!

When it came time for introductions, I stood and stated my name. I then explained that Mr. John Cook was visiting us today from Alabama. Everyone was astonished. They evidently had not studied those magazines as closely as I had.

At the time of that meeting, I would have never in a million years dreamed that I would eventually become the 2011-12 president of NPMA and follow in the footsteps of John Cook and dozens of other great industry leaders.

After that initial meeting, I saw Mr. Cook several other times at the NPMA PestWorld conventions, and have since come to know his grandson Brian, seeing him at Academy and other NPMA meetings. I did make a visit once to the Cook’s Natural Science Museum and left a personal note to Mr. Cook, thanking him for having lunch with me that day and noting what an inspiration he was to our industry.

Today, Brian Cook, along with a team of devoted employees, continues to see Cook’s into the future. Also, the newly constructed Cook Museum of Natural Science is scheduled to open in 2017 in Decatur, Ala., and I plan to go enjoy it.

My hat’s off to Brian and the Cook family for continuing the legacy of John Cook Sr.’s vision.

You can reach Ray Johnson, a past president of the National Pest Management Association (NPMA), president of Sevierville, Tenn.-based Johnson Pest Control, and founder of ACES for Business at ray@johnsonpestcontrol.com.