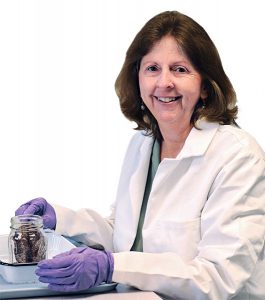 In 1978, Dr. Susan Jones was a college senior at Louisiana State University. The Bayou State native was hoping to continue her urban entomology studies in the master’s program, focusing on termites. She was the second of five children, however, and money was tight.

The late Dr. Jeff LaFage, Dr. Jones’ mentor and a champion of termite research, submitted her name for a state urban entomology scholarship. Dr. Jones — who had been valedictorian of her high school — lost. She says the scholarship committee assumed that because she was a woman, she wouldn’t enter a crawlspace.

“They didn’t even ask me whether I would, let alone whether I had,” laments Dr. Jones, who received her doctorate from the University of Arizona in 1987. “It was ironic, because I have been in countless crawlspaces over my career.”

Dr. LaFage was angry, but undeterred. He advised Dr. Jones to try for a Pi Chi Omega scholarship, even though historically the industry fraternity only gave it to Purdue University students.

From books to bugs 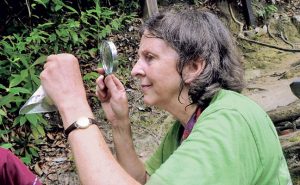 Dr. Jones has loved insects and nature since childhood, citing the Gene Stratton-Porter young adult novel A Girl of the Limberlost as an early inspiration. The teenage heroine, Elnora Comstock, overcomes her impoverished background by collecting and selling moth specimens from a local swamp.

Dr. Jones wasn’t, however, as initially infatuated with termites as Dr. LaFage was. “I wrote home to my mother, ‘I hope I never see another termite in my life,’” she recalls with a laugh. But after experiencing a swarm firsthand in the lab, Dr. Jones fell in love with termites. “They fascinated me,” she adds. 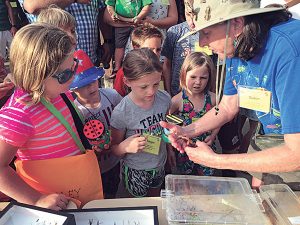 During her 1980-94 stint with the U.S. Forest Service, Dr. Jones helped pioneer research on termite baits.

In 2000, she joined The Ohio State University as a state extension specialist. Her research now also encompasses bed bugs and other urban pests.

Dr. Jones reflects on how, as a child she watched as her father frequently changed jobs. He never was truly satisfied in his work, but instead dutifully went about it to provide for his family.

“My desire was to find something that not only I loved, but provided stable income,” she says. “In urban entomology, I found both.”

Employer: The Ohio State University, Columbus, Ohio
Years in pest management: 38
Advice for women in pest management: “I’ve gone to elementary schools for outreach among young kids, showing them how much fun entomology can be. Right away, especially among some girls, there’s a fear factor, an ick factor that we have to fight. It’s a cultural norm. To combat it, I show all of the children the beauty in an insect, the gorgeous colorings, the detail: ‘Let me explain some of the behaviors. Watch these termites as they follow a chemical trail in ink.’ It opens up a new world for them.”