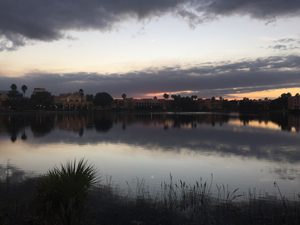 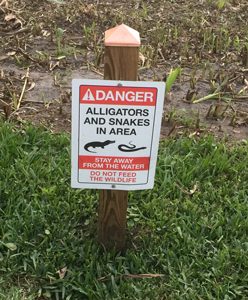 Then again, signs like this one are one benefit to living up north: No alligators. Photo: PMP Staff

“It’s our goal in 2017 to make it easier to see what is and is not working in your marketing and sales, and what the return on investment is on all facets of your business,” he explained.

Kucik also took the time to recognize longtime Franchise Business Coordinator Valerie Magnaghi for her dedicated service with a beautiful glass award. She has chosen to go part-time in 2017 so as to spend more time with her family. Clearly touched by the gesture, Magnaghi said later, “I live five minutes away from the office — I’ll still be around quite a bit!” 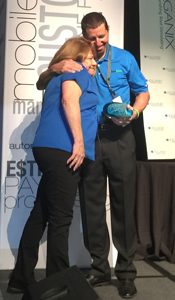 Valerie Magnaghi gets a hug onstage from longtime boss Joe Kucik as she accepts her award. Photo: PMP Staff 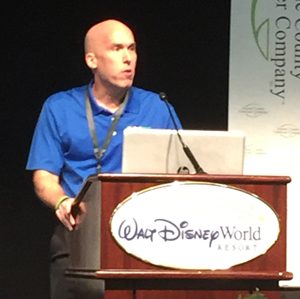 Steve Katz noted that SA 5’s updates are being highlighted in detail throughout the week’s breakout sessions. Photo: PMP Staff 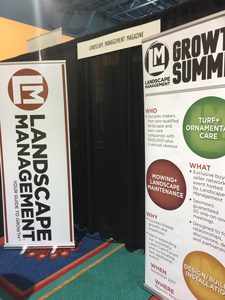 Real Green Software Development Vice President Steve Katz later took the stage to go over SA 5’s benefits in detail, and even do a live demo. Among the chief changes of SA 5 from the current SA 4 are:

Katz stressed to attendees that SA 4 users won’t be left unsupported: “A definite end has not been determined yet, but it will not be before January 2019.”

After the general session, attendees were encouraged to join breakout seminars, network in a couple of rooms set aside for discussions and browse the vendor booths.

There are 140 concurrent sessions over the course of three days. Three I had the pleasure of attending on Tuesday included: 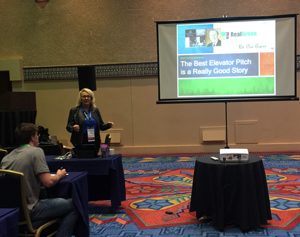 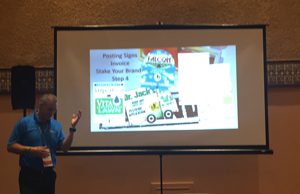 Dave Boulter, vice president of Real Green’s Forms division, shared his expertise in printing with tips on maximizing your print, direct mail and digital marketing budgets. “It starts with data,” he told attendees. “Build it, and they WILL come.” Photo: PMP Staff 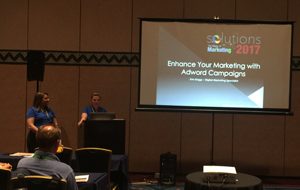 PMP will bring you continued coverage of the conference all week long. As the Mouse himself might say, “See you real soon!”