Educating the customer is an important part of a pest management professional’s (PMP’s) job. Jeff White, director of Innovation and Technical Content at Bed Bug Central and Cooper Pest Solutions in Lawrenceville, N.J., recently appeared on a popular radio talk show to help shed light on the bed bug problem in California. 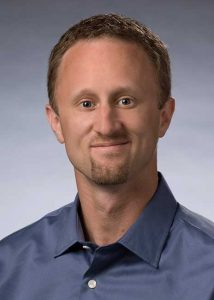 White says Dr. Drew asked him questions about the pest, and seemed surprised they were a problem in California.

“They had very little to no information on bed bugs and what they were,” White says. “And were shocked to find out bed bugs were a significant problem in California.”

While White says he doubts they were putting on a show for the interview, appearing on Dr. Drew’s show made him realize PMPs and the pest management industry need to step up bed bug education efforts.

“We deal with this bug day in and day out, and we feel like the public’s awareness of bed bugs should be at least somewhat there,” White says. “Dr. Drew is medical professional with a voice in the public spotlight, and the tone of the interview was that he wasn’t aware of some of the basics when it came to bed bugs.”

White says the public’s general lack of information and knowledge is understandable. He helped educate the radio show host and his listeners on bed bugs in hotels, explaining that the fear of inadvertently bringing them home is no reason to avoid hotels. Typically White, an entomologist, develops and carries out research, and helps evaluate and develop new products for Bed Bug Central and Cooper Pest Solutions. He also hosts Bed Bug TV for Bed Bug Central and shares his knowledge during presentations for the National Pest Management Association, the Entomological Society of America, and local organizations. In addition to his radio show appearance, White has been featured as a bed bug expert on national television shows, including ABC’s The View, NBC’s Today Show, NBC’s Dateline, and many others.

“There’s a huge amount of misinformation and lack of knowledge when it comes to bed bugs,” White says. “Even though we’re much further than we were 10 years ago, we’ve still got more to go.”

To help get the word out, White suggests PMPs put themselves in their customers’ shoes. Changing their perspective will better enable them to handle their customers’ bed bug problems. PMPs are accustomed to dealing with bed bugs, but the general public is not.

“No matter how insignificant the interview or forum may seem, every bit of positive information that we, as an industry, get out there is important,” White says. “Even if it’s 10 people, it’s 10 more people who know more tomorrow than they do today.”

- Experts consider the most challenging aspect of bed bug control
This article is tagged with bed bugs, Entomological Society of America (ESA) and posted in Bed Bugs, Pest Talk