ServicePro kicked off its ninth annual ServSuite University on Feb. 14 in Orlando, Fla. 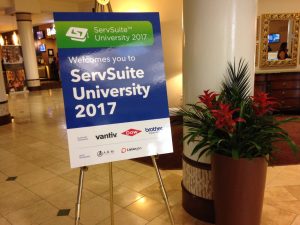 Users got a first-hand look at new enhancements to the web-based enterprise management software, received hands-on support, checked out supplier and service company exhibits, and networked with like-minded others in the pest management, lawn and tree service industries.

The learning began when Owner and CEO Dick Deering, who launched the company when he created an analytics tool for his lawn and pest business, welcomed the crowd at the first presentation of the day.

“We’re doing very, very well,” he said, explaining that ServicePro now has 192 employees and recently made a major investment in data servers.

Dick Deering briefly touched on the newest capabilities. They include new modules for GPS tracking; new ways to create, track and execute marketing campaigns; an enhanced reporting engine; and a new site drawing program. Also on the way is a new intelligent routing system that accommodates more than 50 stops. “I’m very proud of this; it’s extremely advanced,” he said.

The company’s ServSensor remote monitoring option also features enhancements. Dick said the company launched the cutting edge technology after he and son Andy went a pest management trade show in Europe two years ago and realized the PMPs there were way ahead of the United States when it came to remote monitoring. “We have come a long way,” he said.

ServicePro COO Andy Deering said the company has grown more than 20 percent each year for the past six or seven years in a row, and is now starting to experience international growth. An internal program for employees, dubbed “Pursuit of Excellence” ensures the company provides users with the capabilities and support they need to take their business to the next level.

Next up was Ka Tsu, ServicePro’s director of sales, who marveled at how ServSuite University has grown since it was first held near company headquarters in Columbus, Ohio. 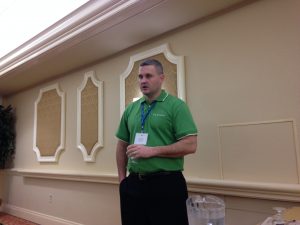 “I couldn’t have done it without the help of my team,” Tsu said. “This meeting has become bigger and bigger.”

He encouraged those who have attended the event since its inception to reach out to those who “are here for the first time.”   Andy concurred, telling the audience as he sent them off to their educational sessions to “look to your left, look to your right, and be sure you get names”

Day one of ServSuite University featured five tracts of five one-hour sessions on a variety of topics led by company principals, programmers and managers. Attendees could choose the sessions best pertained to their company needs, and many came equipped with specific questions.

For instance, Andy led an informative session that examined how to set up and automate print and email marketing campaigns, a capability slated to be available by April 1.

“There is not one of you marketing in the same way,” he told the packed crowd. “There’s always a little tweak.”

Among the capabilities he explained were how to name campaign, set them up, track which marketing campaigns are successful and which are not, see which campaigns are running, and how to custom-tailor reports to specific criteria.

In a later session, Andy took an in-depth look at a new reporting platform that offers more of an ad hoc approach. Report views will be different and more dynamic, and it will be possible to create and assign custom graphs. Much of the enhancements were the result of user feedback. 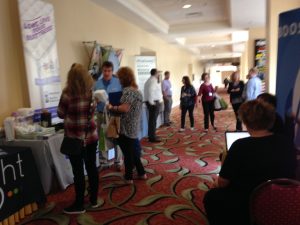 Kemp Anderson, author of “Level the Field! Bringing direction to the acquisition process,” was the first day’s keynote speaker. He shared his best practices for hiring and retaining employees.

Anderson said the pest management business is about people, “it’s not necessarily about killing bugs.” He a lengthy, well-thought-out interview process; consistent training; drug and criminal background checks; clear company policies and procedures all add up to employee — and customer — retention.

“Best practices actually critically drive the value of your business,” he said.

Day two of ServSuite University also featured five tracts of five one-hour sessions. But first, attendees assembled for a presentation on ServSuite Explore. ServicePro’s Jemima Orlandi and Bel Eiff shared details on the training module that lets ServSuite users learn by doing through videos and quizzes viewed while the application is open so they can follow along in real time.

Owners and managers can use ServSuite Explore to better train new hires or refresh knowledge for those who are already familiar with the software. They can track the progress of their employees’ training, too. The new feature encourages interdepartmental collaboration and fosters learning.

ServicePro’s remote monitoring product, ServSensor, was showcased in a session led by Adam Holt, the company’s entomologist. He showed how the system can help pest management professionals (PMPs) save time, money and manage more customers. New features include a combined gateway and repeater, the tools that transmit information from where the sensors are located. A trap door alert that lets users know a trap has been activated also has been added.

ServSensor can be used for wildlife, rodents and birds. PMPs can customize how they receive notifications that the trap has been entered or was moved, or that motion occurred inside the trap.

“Each device and situation is different,” said ServicePro’s Craig Velte. “It’s going to be up to you to decide how you are going to use it.”

Guest speaker Billy Tesh offered a presentation entitled “Utilizing everyday information that is already at your fingertips.” The owner of Pest Management Systems Inc.in Greensboro, N.C., and past president of the National Pest Management Association, told the crowd that one of the biggest problems he had as an owner was learning how to respect his position at every level of the company. He had to go from working in the business to working on the business.

The use of smartphones and tablets has changed pest management businesses dramatically, he said. It is now possible to solve customers’ problems in an instant using email, photos, text messaging and video calls. And GPS tracking allows him to protect company assets by monitoring unacceptable driving habits and keeping tabs on vehicles.

“We went from a company that hired people who will just get the job done to hiring people who really care,” he said.

He advised telling employees what their value is. Total the cost of their salary, vacation time and benefits and show it to them.

Tesh closed his presentation with a call to ServSuite users to create an advisory council that will collect input for company principals Andy Deering and Tsu. Many in the crowd took him up on it..

Like past ServSuite University events, company staffers were available to offer hands-on support to users throughout each day. 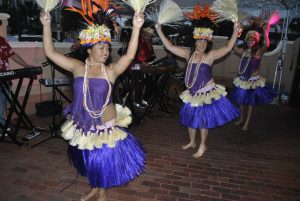 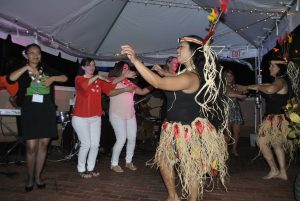 Ladies were invited to learn how to hula. PHOTO: DIANE SOFRANEC 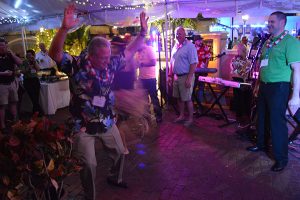 When it was the guys’ turn to dance, Billy Tesh stepped up and gave it his all. PHOTO: DIANE SOFRANEC 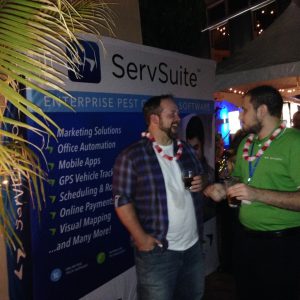 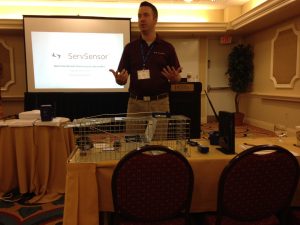 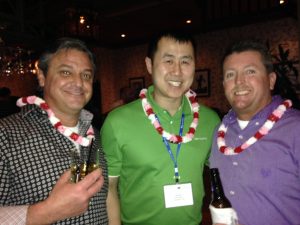 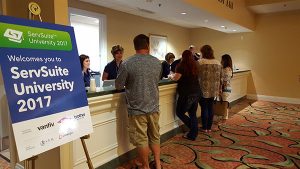 Registration opens for attendees from across the country. PHOTO: DIANE SOFRANEC 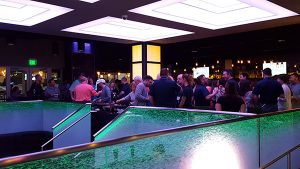 Attendees kick back at a welcoming reception at the Rosen Plaza Hotel in Orlando, Fla. PHOTO: DIANE SOFRANEC 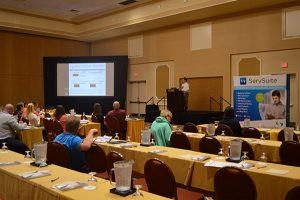 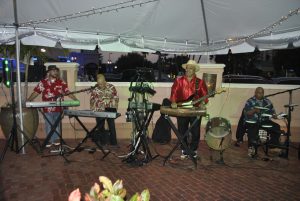 ServSuite University 2019 under way in Nashville