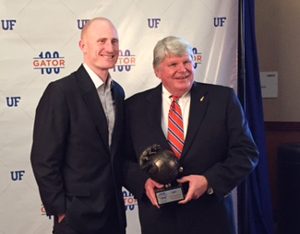 Tampa, Fla.-based Environmental Pest Service (EPS) has been recognized by The University of Florida and the Tampa Bay Business Journal for its rapid growth and the financial acumen of CFO, David Bradford, respectively. This is the second year the company has made the “Gator 100” list, and the first year that Bradford has been recognized for his role as CFO at Environmental Pest Service.

“We are honored to be recognized with not one, but two awards,” says George Pickhardt, EPS Chairman. “These recognitions are a testament to the growth we’ve experienced over the last several years, as well as the team that we’ve built to help move our company into the future.”

EPS ranked No. 13 on the 2017 “Gator 100” list, an annual list of the fastest-growing businesses that are owned or operated by University of Florida alumni. The rankings are determined by revenue growth over the last three years. EPS grew 83.34 percent from 2013 to 2015. 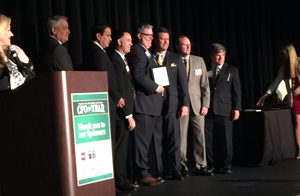 Bradford was recognized as a finalist in the Tampa Bay Business Journal’s 2017 CFO of the Year Awards in the medium-sized business category. The award honors top Tampa Bay professionals with outstanding performance in their roles as senior financial leaders.

Since joining EPS in 2016, Bradford has played an influential role in the organization’s growth, including its recent acquisitions and market expansion.

“It’s been exciting to participate with the EPS team facilitating such strong growth while leading the financial aspect of mergers and acquisitions,” says Bradford. “I’m honored to be recognized alongside of some of the top financial executives in Tampa Bay.”