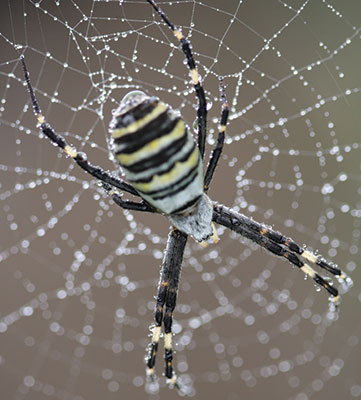 Kraig Biocraft Laboratories Inc., developer of spider-silk-based fibers, was awarded an investment certificate for the production of the silk in Vietnam’s Quang Nam province.

The investment certificate was issued to the company during the March 26 Quang Nam Investment Conference, which was attended by Vietnam’s prime minister and several high level central government officials. CEO and Founder Kim Thompson, as well as Chief Operating Officer Jon Rice, represented Kraig Labs at the meeting.

“It was an honor to receive this award on stage from the chairman in front of the prime minister,” Thompson says in a news release. “This is a huge step forward in our plans to expand production on a large scale. We look forward to the opportunity to revitalize silk production, using high technology, in an area of the world with a strong history of quality silks and textiles.”

The investment is the final step needed for Kraig Labs to seek central government approval for the expansion of its business, according to the company, who says those efforts are in motion.

“I would like to personally thank the Chairman and his staff for working so closely with us to finalize the Investment Certificate,” Rice says. “While this is a momentous occasion for Kraig Biocraft Laboratories and our shareholders, it is also a turning point in the commercialization of advanced fibers.”