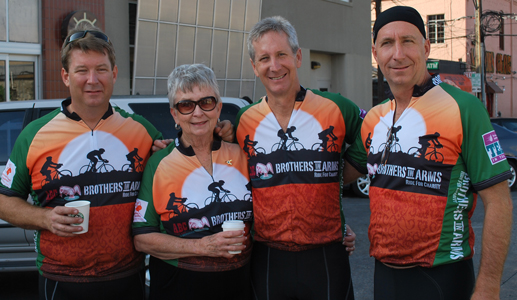 On May 22, Bobby, Raleigh and Dennis Jenkins, owners of the ABC Pest Control firms in Austin, Houston and Dallas, respectively, are embarking on a 55-day, 3,500-mile bike ride from Seattle to New York City in support of their two charities: A Child’s Hope and the Moss Pieratt Foundation. Dubbed “Brothers Bike,” the program begins with a May 6 kickoff party in Houston.

The sons of 2005 PMP Hall of Famer Bob Jenkins are riding to raise both funds and awareness of the two charities. Raleigh began A Child’s Hope in 2015, to help orphans in Haiti. Bobby is honoring his grandson, Moss, and creating awareness of Sudden Unexpected Death in Children (SUDC). Dennis is supporting both charities.

Donations can be made through AChildsHope.org/events/brothers-bike.