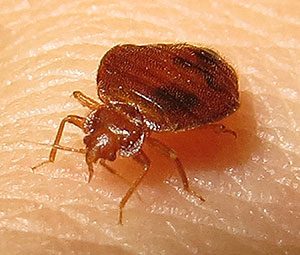 Over the course of the eight-week study, pitfall traps detected bed bugs in 79 percent to 88 percent of the rooms that were confirmed to have them. Although she tested one, two and four pitfalls in the study, her results showed no significance in using two or four monitors as opposed to one per room.

“The lower cost of using fewer monitors and less time required to place them may encourage pest management professionals and housing managers to use them more frequently and thus detect bed bugs before they spread,” she said in an Entomology Today article.

Dr. Dini Miller, professor of urban pest management at Virginia Tech, previously conducted her own study similar to Vail’s with the same results and hopes apartment management will adopt this style of monitoring.

“I think that this monitoring would be very important for apartment managers to do,” Miller said. “The fact that she got these results within one month of using such a low number of monitors is really encouraging.”

Dr. Miller explained that as opposed to other studies where mass monitoring was conducted, Vail’s study illustrates a more feasible monitoring option for housing authorities to implement.

“With four or less monitors, you might have a better chance of getting a person to inspect them on a regular basis,” she said. “Fewer monitors increases the chances of them being inspected. From my experience, even with sticky traps for cockroaches, which we have been doing for the last hundred years, getting technicians or even the housing management themselves to look at them is the challenge.”