Millennials are treating insects as food 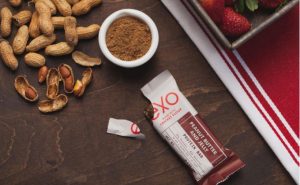 Companies from all trades are adjusting to incoming millennial workers — they require quick answers and fast rewards to stay interested. The pest management industry is no exception.

While CEOs and presidents in the business try to attract and keep the largest generation the world has seen to the working world, the 20-somethings have a different approach to pests.

Why kill them when you can … eat them.

The growing generation is not only giving pest management companies a run for their money, but their appetites, too.

The seemingly far-out idea of eating crickets on a stick and tarantula legs as that 3 p.m. snack has hit the United States. The sautéed, fried or skewered insects have made a boom in the food industry — many run by millennials. Forbes found a list of growing and unique foods that set the tone for this trend.

As it turns out, this really is not another crazy idea for human health. Insects offer more protein than any meat they are compared to, which is a huge advancement in the protein shortage problem across the globe, according to Time.

Time also found insects to be healthier in other aspects of the nutrition map. The grub of palm weevils, a beetle, have twice the fatty meat than pork. likewise, honeybee brood has 850% more iron than beef by weight. Bee larvae was also scored the highest as best source for those that are undernourished, a large advancement for underdeveloped nations.

While millennials may not fit the typical office desk job, they are finding new ways to help the world using pest control. Will the baby boomers hop on this insect train, too?