As part of Pest Management Professional’s (PMP‘s) coverage on GPS and routing solutions in the July 2017 issue, we asked pest management professionals (PMPs) to tell us about the features they find most important. Read on for their responses, then add your own in the comments section. 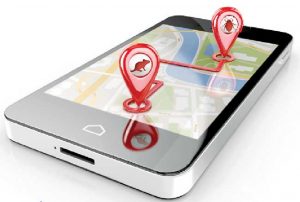 Pam Blauvelt, vice president of operations, Griffin Pest Solutions, Kalamazoo, Mich., says her company has approximately 70 vehicles in its fleet and employs around 45 technicians. Critical for her company are the features that lock down date, day of the week, week of the month, and time ranges individually for customers. “Think of a restaurant, where you need to be there between 6 a.m. and 8 a.m. on a Tuesday when the manager is there,” she explains.

Also, important is the ability to identify technicians who can service specific accounts, perhaps because they need to be badge- or lien-cleared, or are required to complete special safety training to be onsite. “You want the system to have as many options as possible to achieve high efficiency, but you still need to stay within guidelines of who can and who cannot be onsite,” she says.

The math used behind the scenes is important, too. “Routing and GPS are math-based problem-solving tools,” she says. “The better the underlying math structure, the quicker the turnaround time on solutions and the better those solutions are.”

The president of Slug-A-Bug in Milbourne, Fla., Steve Lum, says 20 vehicles are in his company’s fleet, and about half include a GPS device. Reporting features are most important for the company, which employs 35 technicians. Also useful is the company’s GPS solution, which records location, idling time, and driver behavior, among other data. “It comes down to reports and being able to understand reports,” Lum says.

Brian Leto, IT manager, Green Pest Solutions, West Chester, Pa., says the company fleet consists of 65 vehicles. With 69 technicians, the most important features include live location, speed and idle tracking; and route optimization. “We can track where our technicians are, if they are following the route that has been planned for them, savings in fuel,” Leto says.

The ability to handle service calls quickly is a plus. “A customer needed to be treated immediately, and we were able to service the customer the same day by seeing where our technicians were and getting the closest technician out to the customer’s property,” he says.

Kurt Scherzinger, PMP columnist and vice president of operations at Scherzinger Termite & Pest Control in Cincinnati, Ohio, says the company has 94 vehicles in its fleet, and employs 47 Universal Technicians and 13 Specialty Service Technicians.

He cites the ability to view a map to see where technicians are in real time as an important feature. “It helps with scheduling, when you have that customer who is in need of someone right away. You can pull up the schedule and see the technician who is the closest at that moment,” he says.

Another favorite is alerts that help monitor speeding and whether technicians are using their work vehicles after hours. “Vehicles are moving billboards, so you want to make sure traffic laws are being obeyed. All our vehicles are taken home by technicians at night; the after-hours alerts let you know if someone is using the company truck outside of work hours,” says Scherzinger.

Tim Whitt, president, Pied Piper Pest, Termite & Lawn Services, Eufaula, Okla., has been in the pest management industry for 37 years. He has 16 vehicles in his company’s fleet and employs 13 technicians. The solution he uses allows him to track vehicle mileage and maintenance, so he can set alerts that tell him when trucks need to be serviced. “It takes away the requirement of me looking at that sticker in the window to see when the oil change had been done,” he says.

Whitt also sets alerts that notify him when and where drivers go over a set speed limit, to help ensure safe driving practices.

In addition, he can see if the technicians who take home their vehicles follow protocol by keeping them in the garage during inclement weather. “Within a matter of minutes I can very easily know that all my people are safe or at home, especially when the weather changes,” Whitt says.

The satellite overview in his GPS application makes it possible to see exactly where the trucks are, and he can send techs a reminder to park in the garage if they forget. “You can actually know the position of the vehicle, what direction it’s facing when parked,” he says. It also archives the routes driven, in case the need arises to validate the location of a truck on a particular date and time.

With 110 vehicles in Niles, Ill.-based Smithereen Pest Management Services’ fleet, Service Technology Manager David Frederick says ease of use is his favorite feature. The ability to integrate the solution with the company’s service software for training, comparisons, and maintenance also is a plus, he says. And with 75-80 technicians, “driving behavior features are a great help when trying to measure safe drivers and show a proactive approach to rising auto insurance premiums,” says Frederick.

Michael Blankinship, service manager at Inspect-All Services in Conyers, Ga., says the features that show driver behavior and make routing easier are his favorites. The company has 48 vehicles in its fleet and employs 38 technicians. “The driver behavior software has easily held all technicians more accountable,” he says. “We have received fewer phone calls regarding erratic behavior.”

With 130 vehicles in the company’s fleet and 90 technicians Dennis Jenkins, president of ABC Home & Commercial Services in Dallas, says he favors the ability to instantly communicate route changes and driving directions, because “adding a stop to a route with the tech not knowing – or wanting — it is difficult,” he says.

Kevin Lemasters, ACE, president, EnviroPest, Loveland, Colo., says the ability to obtain data on a map in real time is his favorite feature. For the company that has 17 vehicles in its fleet and employs 15 technicians, “office staff can see where trucks are if a change is needed or customers call in about concern,” he says.

- Fuel is a variable cost you can fix

- Run Your Business: Map it out

- Legislation helps encourage tenants to report bed bugs
This article is tagged with EnviroPest, vehicle and posted in Pest Talk