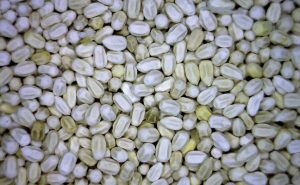 We have dozens of termite species, but only a few are found damaging structures. It’s pretty easy to recognize termites, but telling one species from another at first glance can be difficult if you’re not a termite expert. A gallery with worker termites may not be the Eastern subterranean termites (Reticulitermes flavipes) you expected.

In general, subterranean termites build shelter tubes. Their galleries have bits of “mud” plastered about on them. It’s really not mud, but a mixture of soil, debris and their own secretions. Other subterranean species will occasionally show up in buildings, such as the desert subterranean termite (Heterotermes aureus), which is common in southern California and Arizona. Treatment strategies for these species are similar to those for Eastern subterranean termites.

Since the 1980s, Formosan subterranean termites (Coptotermes formosanus) have become established across states along the U.S. Gulf Coast and up into Arkansas, Tennessee, and North Carolina. The workers and soldiers look much like Eastern subterranean termites, but they may have a noticeably higher percentage of soldiers. The presence of a “carton nest” — a muddy material packed into the wood — also is an indication of Formosans.

Although their damage and life habits are much like that of other subterranean termites, Formosans do significantly more damage and can be harder to control. Be on the lookout both in and around their established range. In those areas where they are neither established nor expected, it’s easy to become complacent and simply assume all the termites you see are Eastern subterraneans. Every now and then, a termite shows up unlooked for — and the fun begins.

Most of the United States have only subterranean termites to contend with, but the southern edge of the country has drywood termites (Kalotermitidae). Certain areas also will occasionally see dampwood termites (typically, either Zootermopsis or Neotermes spp.). These termites are all larger than subterranean species, but if you’re not looking for them, that factor may escape notice.

Another telltale sign: Drywoods don’t build shelter tubes. Their galleries are clean, with no “mud” at all. Also, because they have adapted to living inside dry wood, their droppings are six-sided pellets that resemble little wooden lemons. The droppings are usually quite numerous and noticeable, but if you aren’t used to seeing them, you may disregard them.

In regions where many people move south for the winter and north for the summer, there are regular occurrences of drywood termites brought north in furniture and other household goods. From there, they may become established in a building. The same cold climate that drove the humans south for the winter will prevent the termites from spreading beyond that building, but they may do a surprising amount of damage before they are discovered, identified and eliminated.

Dampwoods, by contrast, are found only in a few specific regions. They rarely are mistaken for anything else because they produce fecal pellets, but always are found in damp wood undergoing moisture damage. Their large size makes them hard to mistake for subterranean termites.

It’s when we least expect it that trouble hits the hardest. Misidentifying a termite as an eastern subterranean can have serious ramifications.

3 tips for tracking down subterranean termites

Look for signs of drywood termites