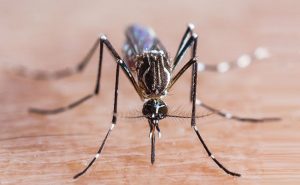 This spring, Sens. Angus King (I-Maine), Marco Rubio (R-Fla.), Bill Nelson (D-Fla.) and Richard Burr (R-N.C.) introduced the Strengthening Mosquito Abatement for Safety and Health (SMASH) Act, which is similar to a bill Sens. King, Nelson and Burr introduced last year but gained no traction. At the time, the National Pest Management Association, the American Mosquito Control Association, the Entomological Society of America and the American Academy of Pediatrics endorsed the legislation.

The SMASH Act improves upon the Mosquito Abatement Safety and Health (MASH) Act passed in 2003 to help combat West Nile virus. It will help fight the Zika virus and other mosquito-borne illnesses by:

The SMASH Act already cleared one hurdle, as it was approved by the U.S. Senate Health, Education, Labor and Pensions Committee in late April. Next up, the Senate and then the House must vote on the proposed legislation. After that, President Donald Trump would sign off on the new law.