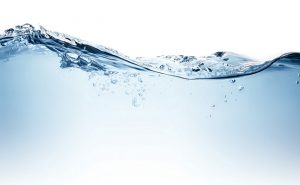 Pest management professionals (PMPs) who apply product to, over or near water are required to obtain NPDES water permits in case the product they apply finds its way into navigable water, defined as a body of water through which a vessel may pass.

Many in the pest management industry believe the permits are unnecessary. Even the U.S. Environmental Protection Agency (EPA) opposed the ruling from which the issue stems. The U.S. House of Representatives passed legislation two months ago to suspend the requirements.

NPDES permits have been required for those responsible for what the EPA defines as point-source pollution, such as pollution discharged from pipes and smokestacks. Factories and wastewater treatment plants are two examples of point sources. This type of pollution is largely under control, thanks to the Clean Water Act of 1972 (CWA).
But in 2009, an appeals court overturned existing EPA policy and ruled that discharges of pollutants, such as chemical pesticides, into waters of the United States require an NPDES permit under the CWA.

At the time, the EPA argued unsuccessfully that the Federal Insecticide, Fungicide and Rodenticide Act (FIFRA) already mandates pesticide applications, making them exempt from the CWA’s permit requirements.

However, the appeals court determined that the residue left by biological and chemical pesticides qualifies as pollutants under the CWA. Courts have ruled that the nozzles that distribute pesticides from airplanes, trucks and irrigation equipment can be considered point sources. NPDES permits have been required since Oct. 31, 2011, regardless of the application method, the product type, or the industry for which it is being applied (for example pest, agriculture or lawn).

At the National Pest Management Association’s (NPMA’s) Legislative Day event this spring, NPDES permits was one of four issues PMPs discussed with legislators during their meetings on Capitol Hill.

The NPMA asked attendees to urge their representatives in Congress to support the Reducing Regulatory Burdens Act of 2017 (House Bill 953), and it passed on May 24. Attendees meeting with their senators asked for support of the Sensible Environmental Protection Act of 2017 (Senate Bill 340); at press time, the Senate had not taken further action.

Those in the pest management industry say NPDES permits are unnecessary because the EPA registers pesticides, and reviews and approves their directions-for-use labels. In addition, the products’ effect on human health and the environment must comply with FIFRA. Plus, PMPs are trained, licensed and certified to ensure they apply products properly. Finally, requiring PMPs to obtain NPDES permits may delay treatment in areas where mosquito-borne illness may occur.

But as the law currently stands, PMPs who do not obtain an NPDES permit risk violating the CWA. PMPs may obtain permits from their states’ EPA offices or natural resources departments.