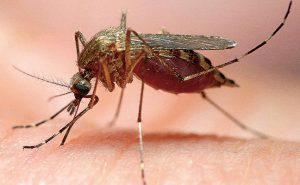 With an $8 million grant from the U.S. Centers for Disease Control and Prevention, researchers from the University of California’s Riverside and Davis campuses will launch the Pacific Southwest Regional Center of Excellence in Vector-Borne Diseases later this month. The goal is to enhance public-health preparedness for diseases transmitted by mosquitoes and ticks in the nation’s Southwest.

“This Center of Excellence will bring together researchers using the latest cutting-edge approaches in the laboratory and field with practitioners protecting public health,” says Dr. William Walton, a UC Riverside Professor of Entomology and the center’s co-director. “[This will allow us] to develop a community of practice and provide new technologies to prevent the occurrence of vector-borne diseases.”

The strength of the collaboration between the two UC campuses is drawing from multiple disciplines to address the challenges of vector-borne pathogens, which are transmitted by insects and other organisms. Both are top-tier research and teaching institutions with experts in vector-borne diseases, including entomologists, epidemiologists, virologists, and computer scientists who train a diverse group of scholars interested in public health.

The Center’s funding begins later this month and continues through the end of 2021. The Center has three goals:

UC Davis and UC Riverside already have strong collaborations with the California Department of Public Health (CDPH) and Mosquito and Vector Control Association of California (MVCAC), who will be critical partners in the Center. For more details, click here.