Rats and mice belong to the order Rodentia and family Muridae. The word rodent is derived from the French word rodere, which means “to gnaw.” Rats possess two pairs of incisor teeth — one pair in the upper jaw and the other in the lower jaw. These incisor teeth grow constantly at a rate of about 0.4mm per day. A process called bruxing, which essentially is the grinding of the upper and lower teeth against each other, counteracts this growth. Rats also maintain their incisor teeth within acceptable range by gnawing on a variety of hard food materials such as nuts and other tough substances in their environment. 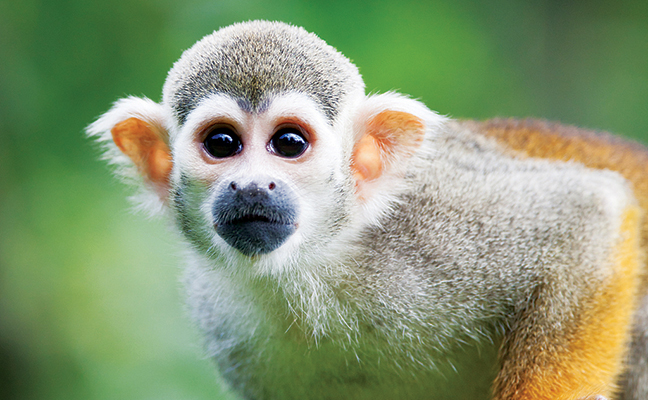 Squirrel monkeys are at home on treetops, not unlike some roof rats.
Photo: ©iStock.com/ViktorCap

Last summer, while taking my daily walk around 9:30 a.m., I heard a rustling in shrubs that were next to a concrete block wall. I stopped to take a closer look and saw a juvenile roof rat scurrying up in the bushes. It quickly climbed up on the wall, accessed a small limb, and hurried up an adjacent guava tree that had ripe fruits on it.

After climbing up a ways, it stopped and turned its head to look at me fearlessly. The movement of this animal in the tree reminded me of the ease with which squirrel monkeys (Saimiri spp.) traveled in the trees on our farm in the old country. Back in my youth in Guyana, it was a sight to behold to watch these arboreal animals, obviously comfortable living the tree life, and leaping from one coconut tree frond to that of another tree. In all the years I lived there, I never saw a squirrel monkey miss a leap and fall to the ground as I had hoped, because I thought that would have given me a chance to apprehend one of them and turn the unfortunate fellow into a pet.