Have you noticed an increase of turkey vultures (Cathartes aura) around your neck of the woods? Of course you have. That’s because their global population is more than 4.5 million, and growing daily. They can be found throughout the United States, Canada, the Caribbean, and down to the southernmost tip
of South America.

Also known as turkey buzzards, john crows and carrion crows, turkey vultures can look quite intimidating. Clients want them off their homes and commercial buildings immediately. These birds can damage homes by tearing up the shingles on the rooftop, and pecking and ripping through the protective roof membrane of commercial buildings. On top of that, they regurgitate and defecate all over the rooftops, too. 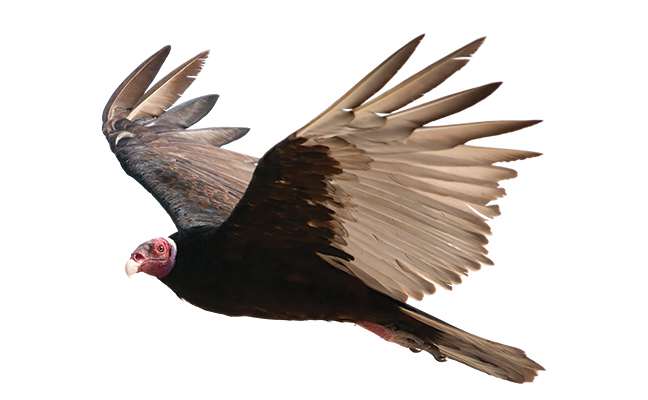 One unusual, but effective method is to hang a dead effigy by its legs in the area in which the vultures have been frequenting. This often scares them away. You must have a permit from the U.S. Fish and Wildlife Services to use an effigy, however. We recommend always checking with your local, state and federal agencies to make sure you’re in compliance with the law. We also recommend contacting your local distributor or bird control supply company with any questions regarding control methods.

One last tip: When disturbed, these predators can project rotting, maggot-infested vomit as far as 10 ft. away. The smell of their vomit is so horrendous that it has caused humans to gag and vomit themselves. Try to stay upwind!

Turkey vultures are here to stay, especially now that their populations are growing. So gear up! These birds offer our industry great opportunities for humane removal.

You can reach Donna and Stuart Aust, owners of Paramus, N.J.-based Bird Doctor, at stuart@bugdoctorinc.com.