Sell your business when the time is right

Knowing when it’s time to sell your company depends on many factors; here’s why one PMP struck a deal.

“I had a friend who, three days prior to his departure to come visit me, found out he had Stage IV cancer,” he says. “So looking at things in a broader picture gave me a different perspective on how I would prefer to live the final chapter of my life.” 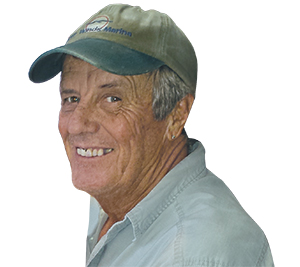 Maschmidt reached out to a broker who guided him through the sales process of his company, which serviced residential and commercial customers in the Cape Coral, Fla., area. He and 14 employees also offered subterranean termite control, construction pretreats and termite inspections, as well as lawn and ornamental care.

“My broker put a package together and I signed off on it,” he says. “Prior to that, I prepared a lot of paperwork for him; not as much as I was going to once I got into the LOI [letter of intent].”

The deal progressed quickly; within 12 hours Maschmidt agreed to sell his business to Arrow Exterminators, which was eager to break into the Fort Meyers area. Plus, the company was family-owned and had the same values, he says.

Maschmidt’s business and personal finances were in a good spot, which helped the sale progress smoothly. “I am by no means exorbitantly wealthy, but I saved a lot of money in business and made some great choices,” he says. “I didn’t spend money when business was booming, I banked it. Just because your company is making money doesn’t mean you have to spend it.”

Indeed, Gary’s Quality Pest Control enjoyed consistent growth: 8 percent to 10 percent for the past 5 years, and 4 percent during the recession.

Maschmidt says his employees were an asset. “That’s really what makes your company successful,” he says. “Without them, I would not be where I am today.”

Customer retention is critical. Maschmidt had customers from day one that he still serviced 32 years later.

“I worked with three generations of families,” he says. “A lot of them have been customers for so long, you know so much about them.”

Buyers look at recurring revenue — that is, the customers a company is contractually obligated to service on an ongoing basis. Recurring revenue plays a huge role in the valuation of a company, he says. For that, Maschmidt can take credit. He says he took care to provide what customers asked for, and was very attentive to their needs.

“When you gave a customer your word, you had to deliver on it,” he says. “I think that was part of our success.”

He made himself personally available to his clients, a move he says helped his company stand out from all the others. But that meant the self-described workaholic didn’t take many vacations or spend enough time with family.

“I was somewhat burned out, and that probably was a fault of my own,” he says. “I was very hands-on — top to bottom — which is good and bad.”

Since he sold his company in May, Maschmidt has had time to do the things he put off for so many years. He says he plans to spend more time with his grandchildren and his 82-year-old mother, who still lives in his hometown of St. Louis.

Maschmidt relocated to Florida at age 21 with just $250 in his pocket. He helped transport a boat from St. Louis to Fort Myers, and never left. “It was a great choice, just an adventure,” he says. “The way things turned out, it was one of the better decisions I’ve made in my life.”

Taking the advice of his brother, a financial advisor, turned out to be a good decision, too. He told Maschmidt to sell when you want to, not when you have to.

“My mom, my brother, and my friend’s situation all played a role in my decision,” Maschmidt says. “I turned 60 years old last December, and I felt it was time for me.”