Billy Tesh got an early start in the pest management industry. Now, the family tradition continues. 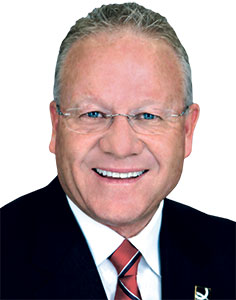 Billy Tesh isn’t kidding when he says, “I’m not one to take a back seat.”

The president of Pest Management Systems in Greensboro, N.C., has stepped up throughout his 45-year pest management career. He started a successful pest management company, launched a pioneering crawlspace business, testified against tighter pesticide restrictions in his home state, served as head of state and national pest management organizations, and donated his time and money to charitable causes.

His pest management career began at Tesh Pest Control, the company his uncle started in 1957.

In 1972, as a 13-year-old youngster, Tesh helped during the summer months, doing dirty work like washing trucks. Before long, he was working weekends and after school. His uncle had no children, so he told Tesh he could run the company after he graduated from North Carolina State University’s pest management program.

“I had not only the practical experience of what I learned on the job, but the base education of entomology and pest management that I got at NC State,” he says.

“Dr. Wright is one of my mentors,” Tesh says. “I respect him more than almost anybody because he led me in the right direction. He understood that the pest management industry was changing.”

At the time, Tesh says, the industry was going from “spray jockeys” who randomly applied pesticides, to pest management professionals with critical thinking processes for applying a precise dose of material in an area. 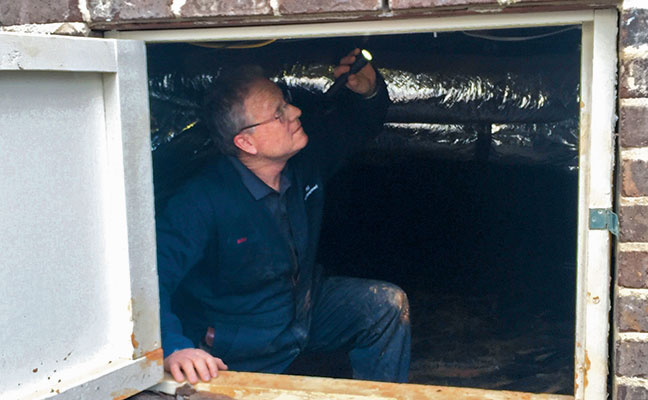 Tesh started his crawlspace product distribution company because no one else was offering what he needed.
Photo: Courtesy of Billy Tesh

When Tesh launched his business, he embraced that approach. He offered additional services, too.

“I realized early on that there are add-ons in the pest management industry,” he says, “because consumers are looking to remedy an issue and would rather use someone they trust and have a relationship with.”

When his customers started experiencing problems with “sweating” crawlspaces that additional ventilation couldn’t fix, he took action. Tesh partnered with Advanced Energy, which was conducting research on closed crawlspaces. Pest Management Systems was the first pest management company to tackle this issue, he says, despite colleagues who believed closed crawlspaces would cause houses to rot.

“A lot of my friends said I was crazy, but we had done the research and saw the results. I said, ‘Well, the science doesn’t lie,’” he says. “Sure enough, within 10 years the industry was embracing closed crawlspaces.”

Because Tesh had been buying the materials to correct crawlspace issues, and no one else seemed able to find them, he started selling them to others. He began Crawlspace Depot, “not because I wanted to do it, but because a lot of distributors didn’t want to take it on,” he says. 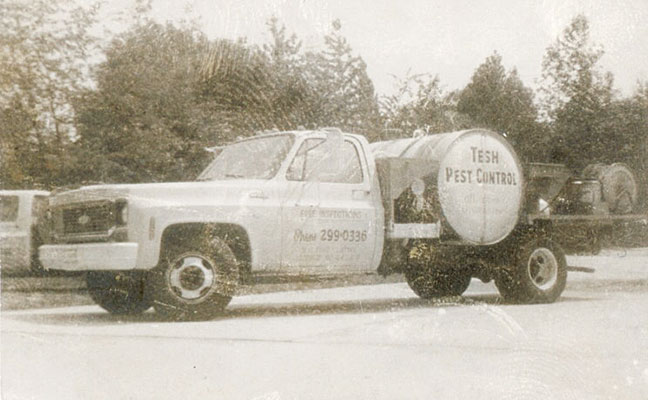 Tesh is no stranger to taking on responsibility. He was 26 years old when he was named president of the North Carolina Pest Management Association in 1985. At the time, five bills affecting the pest management industry had been introduced in the state’s general assembly. As president, his job was to defend the industry and testify in front of subcommittees at the state capitol in Raleigh.

“We defeated every one of those bills, and we haven’t lost a battle yet,” he says. “We’ve come close, but we’ve never lost.” 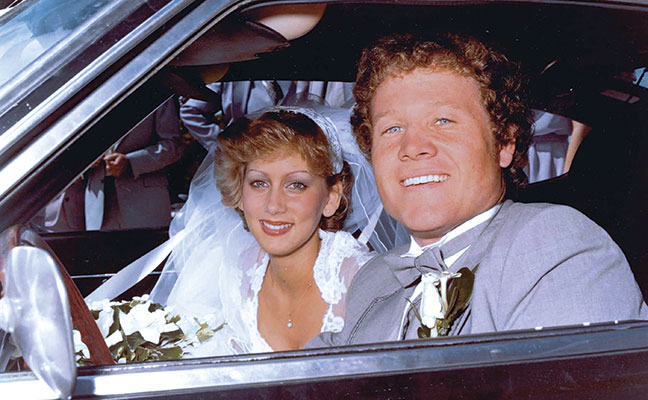 Tesh on the day he married his high school sweetheart, Laurie.
Photo: Courtesy of Billy Tesh

Ask Tesh what he loves about the pest management industry, and you’ll get an answer that reveals a lot about the man.

“The people who inspire each other and work together to make our industry bigger and better,” he says. “The people who are always giving much more than they receive.”

Giving back to the community is important to Tesh. For example, when county officials threatened to shut down a group home infested with bed bugs, Tesh stepped up to treat the building for free.

But it was never about the money; it is always about the people. That’s why he decided, on the spot, to donate his company’s time and materials for service that would have cost $15,000. As Tesh walked through the infested building, he came upon a father with a son and daughter.

“The girl looked up at me and said, ‘Am I going to have to move out?’ and I said ‘nope,’” Tesh says, fighting back tears all these years later. “I can still see her.”

The news crew on site reported on the plight of those in the group home and Pest Management Systems’ generosity. The next day, others in the community came forward to donate furniture and food.

“All it takes is one kind act,” Tesh says. “To be able to do that and walk away with everybody’s life impacted for the better, those are the things that make this industry so great.” 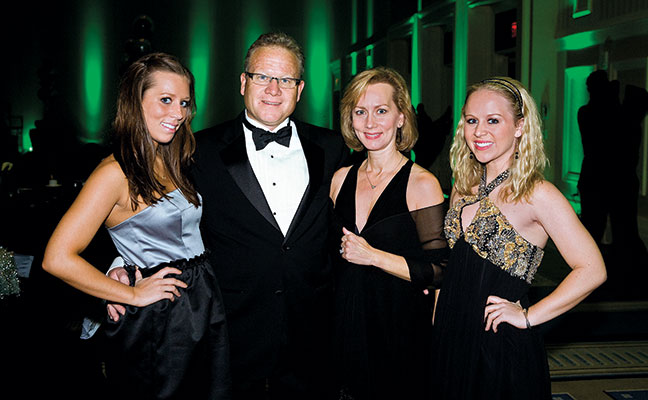 For Tesh, pest management remains a family business. Wife Laurie, whom he met in high school and married after graduating from college, has worked by his side from the beginning. Older daughter Julie is engaged to Jeremy Clark of Dugas Pest Control, Baton Rouge, La. Younger daughter Kelly and her husband, Patrick Thompson, run Pest Management Systems’ Pinehurst/Sandhills branch office.