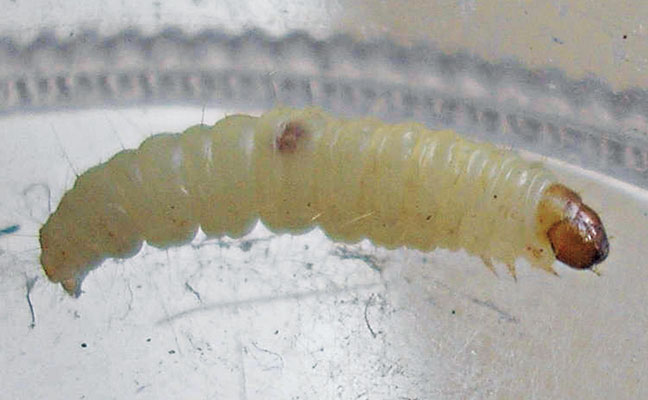 Previous research has found that certain caterpillar species are capable of digesting polyethylene, breaking down the chemical that makes bags and other plastic objects take decades to disintegrate. But researchers at Lubbock-based Texas Tech University wanted to know more. They fed polyethylene to Indianmeal moth (Plodia interpunctella), or IMM, larvae, and studied the microbial mix found in the larvae’s guts.

There, they found certain bacteria that wasn’t present in the control group that was fed only bran and wheat. While it’s doubtful that mass populations of IMM will be turned loose to shrink a landfill anytime soon, the researchers predict that perfecting the bacteria ratio may result in a spray that can be used to break down polyethylene in the future.

When I see a clothes moth