PMP interviews seven professionals about their journey so far, and what’s next in 2018.

What do a pest management firm owner, an industry federation president, two industry association executives, an industry product manufacturer, a pest researcher, and the 2017 National Pest Management Association Woman of Excellence winner have in common? They’re all profiled in our December issue. They’re all successful women in their respective fields, and they’ve all graciously shared insights about how they got here. In addition, they also offer advice to other women in professional pest management.

Every woman profiled for our series this year noted that the industry has changed — for the better — since they began 30, 20 or even 10 years ago. As Mary Vongas, pictured on our cover, notes, “Change means a possibility of innovation, advancement and growth. If you are flexible, plan your path, and work toward managing change, you can get your organization moving in a growth direction.”

Three decades of association excellence: Valera Jessee has been a mainstay ambassador for GPCA and UPFDA. 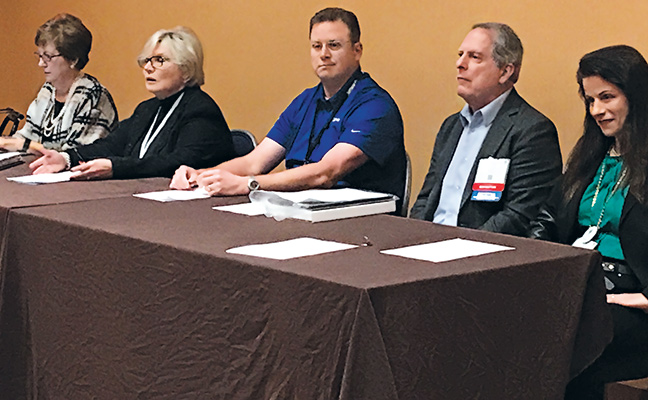 In 2018, the United Producers, Formulators and Distributors Association (UPFDA) will celebrate its 50th anniversary. And for the past 30 of those 50 years, UPFDA Executive Director Valera Jessee has been supplying a good portion of the glue that has held this association together so solidly.

Jessee admits that the association has evolved since its 1968 inception, particularly in the past decade. It has gone from focusing on golf and socializing to targeting business issues and regulations.

“Our meetings are now concentrated in one-and-one-half days, and it’s tighter and more efficient,” she explains. “People want to come in, meet, greet, talk, do business, hear something valuable and then get back to their businesses.”

This year, UPFDA reached another milestone when it elected Karen Furgiuele, president of Toronto, Ontario-based distributor Gardex Chemicals, as its first female president.

From political science to pest management 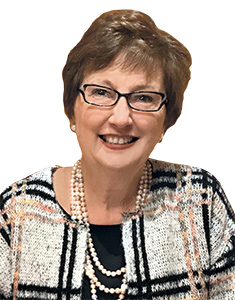 Jessee is an alumna of Oglethorpe University, in her native Atlanta, Ga. She majored in political science with minors in music and English, and worked on the student newspaper.

“My mother and father said I could go to any college I wanted to go to, as long as it was in Atlanta,” Jessee quips. She met her husband, Fil, at Oglethorpe.

Shortly after graduation in 1969, Jessee went to work for the Georgia Department of Agriculture, which in those days was run by Tommy Irvin. Irvin, who died in September, holds the record as the longest-serving commissioner of agriculture in the United States (1969-2011).

For 15 years, Jessee was editor of the Market Bulletin, a weekly newspaper with a circulation of 250,000 the department published.

“I knew that I didn’t know anything about Georgia agriculture, but I went and interviewed all of Irvin’s department heads, and I learned from them,” she recalls.

Shortly after the birth of her son, Daniel, Jessee decided to leave her job to start a catering business. When both her and her husband’s businesses took a downturn due to the local economy shortly thereafter, luck was on their side: Fil landed a public relations stint for the Georgia Pest Control Association (GPCA). It so happened that the then-GPCA executive director, Glenn Burnett, was preparing to retire. Fil urged his wife to apply, so she could attain her goal of being a stay-at-home mom by working from home. Jessee says knowing people at the Department of Agriculture, which was the Georgia pest control industry’s regulatory agency, helped her land the job. A year later, she took on the UPFDA post, as well. Within four years, GPCA membership had jumped from 250 to 500, and the association was ready to move into a formal headquarters. As luck would have it, Daniel was ready for first grade — and Jessee was ready to work on-site at the organization’s new Atlanta digs.

After 27 years with GPCA, Jessee was elected to the GPCA Hall of Fame. She retired from the association two years later, but continues with UPFDA. It’s safe to say that Jessee doesn’t plan to be with UPFDA for another 30 years, but one never knows. As she points out, “there’s a lot of longevity in my family.”

You can reach Jerry Mix, a 2005 PMP Hall of Famer, at pmpeditor@northcoastmedia.net.

UPFDA focuses on the future