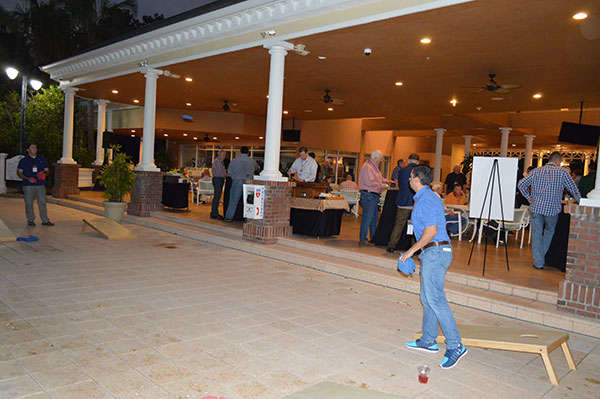 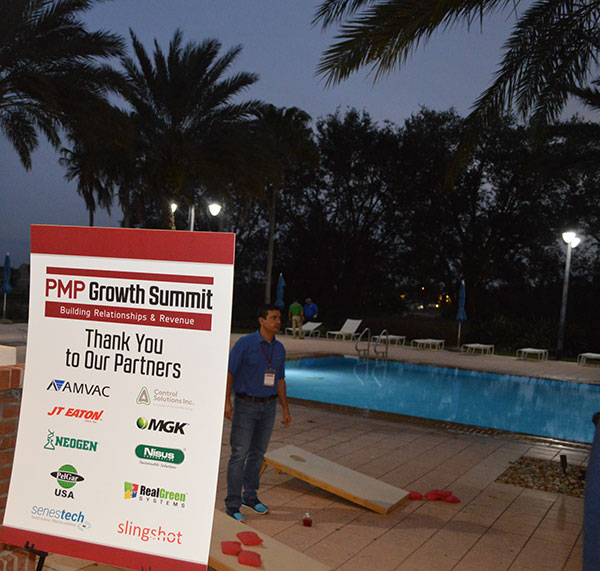 At the end of day one, attendees gathered at the pool at the Reunion Resort in Orlando, Fla. Photo: PMP staff 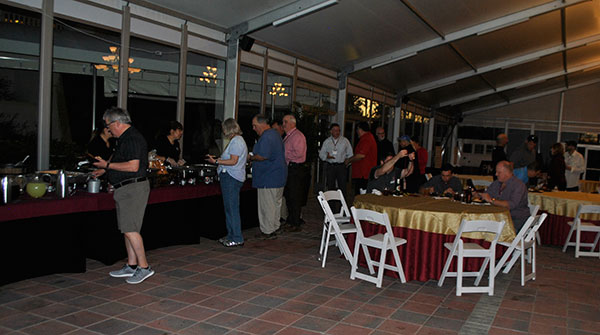 Attendees gather for a BBQ dinner the second night of the event. Photo: PMP staff 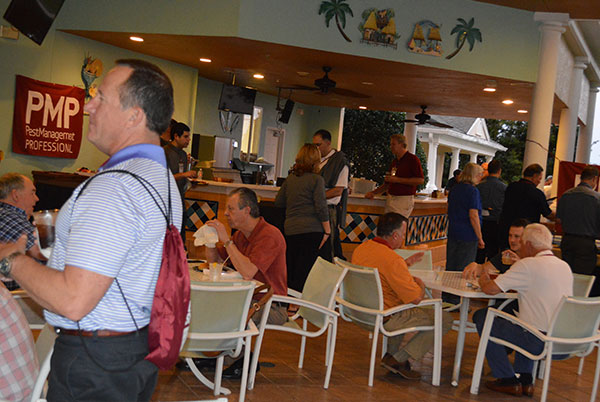 PMP Growth Summit attendees had time to relax and unwind at the end of day one. Photo: PMP staff 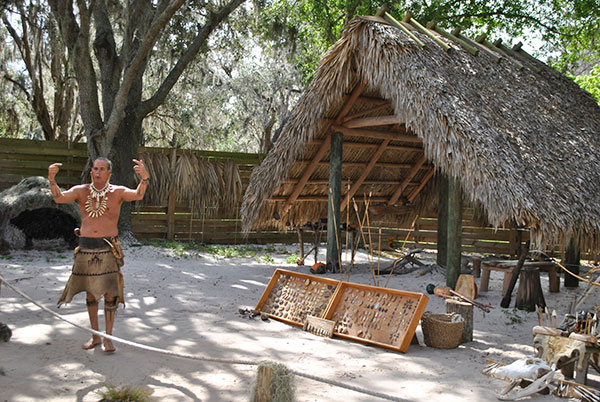 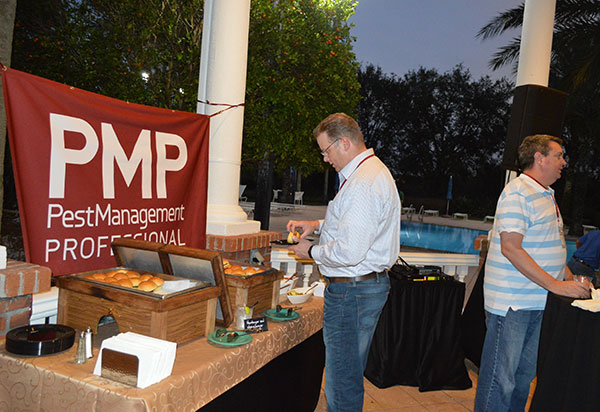 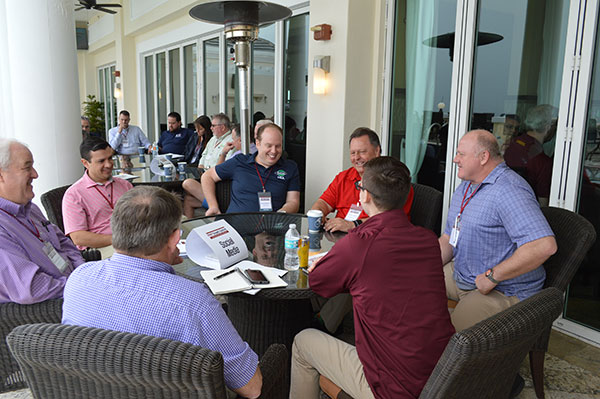 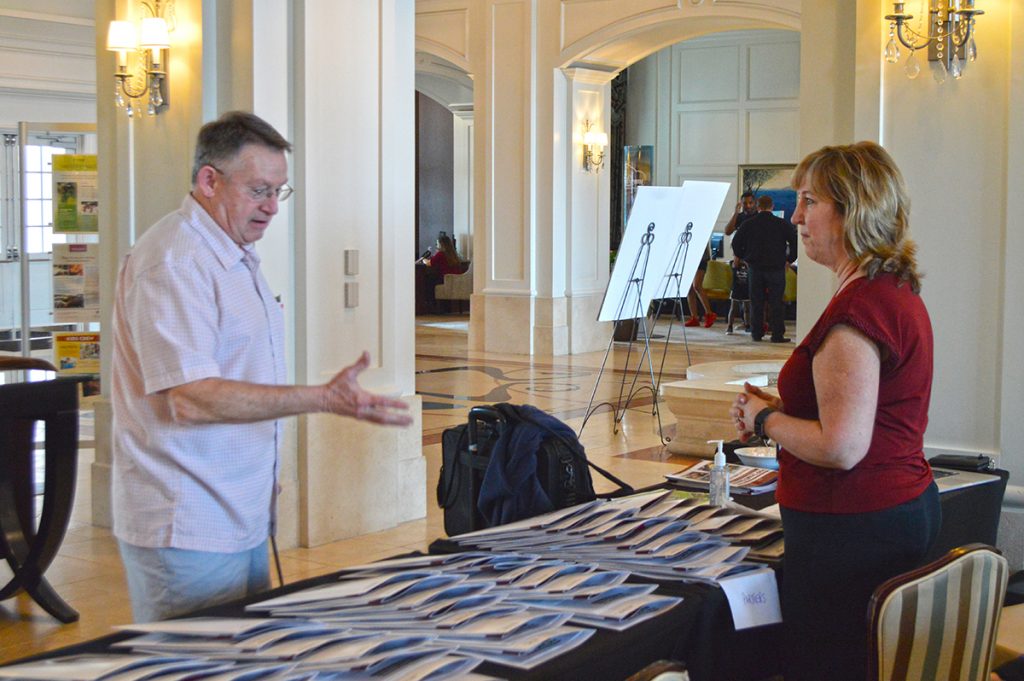 Checking in at the PMP Growth Summit at the Reunion Resort in Orlando, Fla. Photo: PMP staff 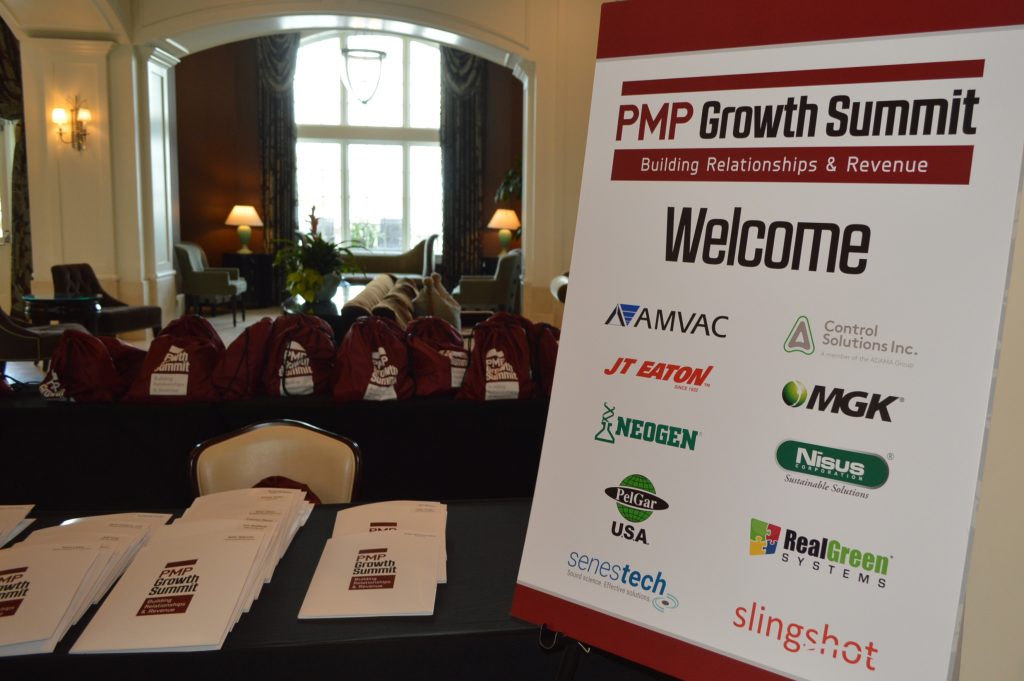 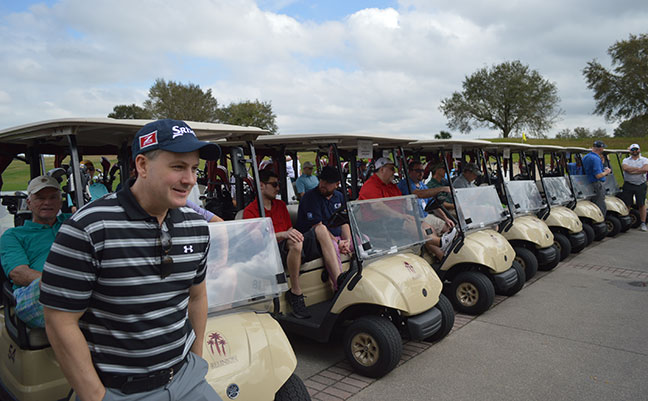 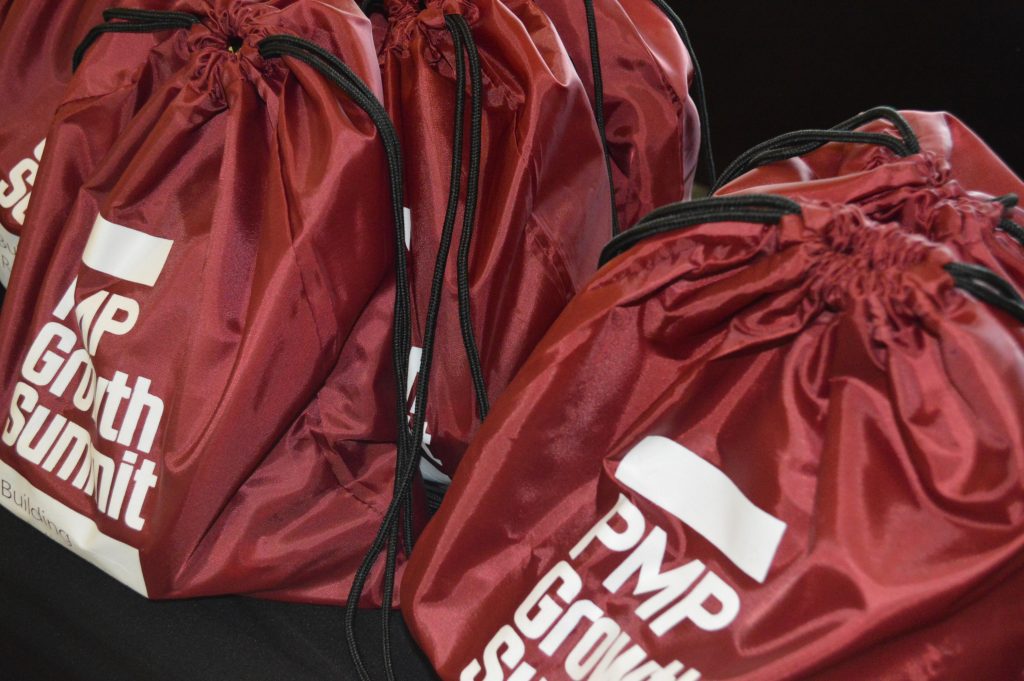 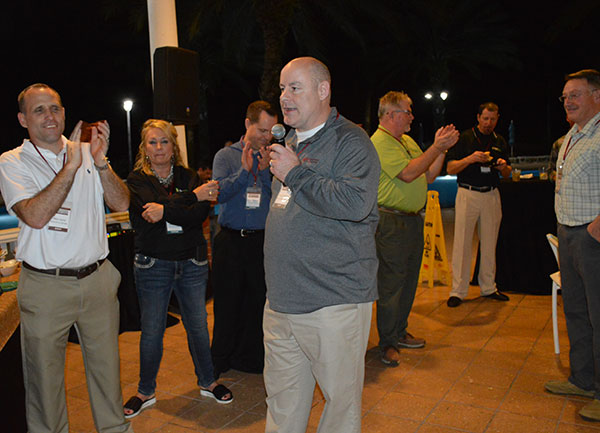 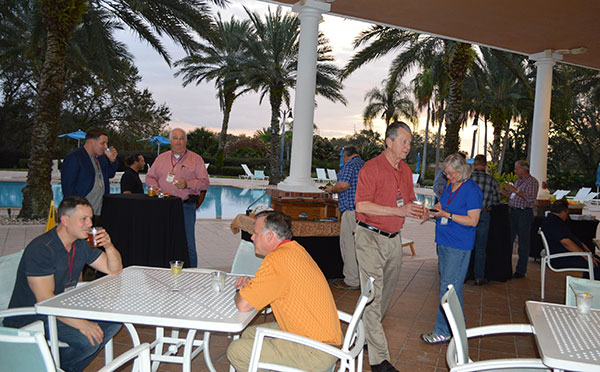 Attendees helped themselves to drinks and appetizers during the Welcome Reception. Photo: PMP staff 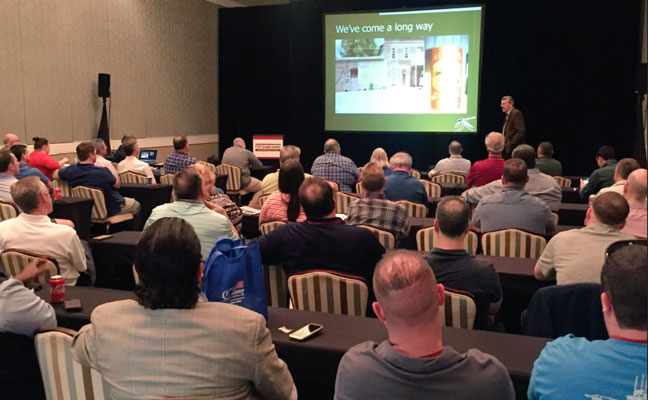 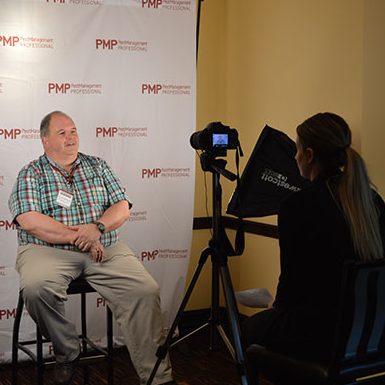 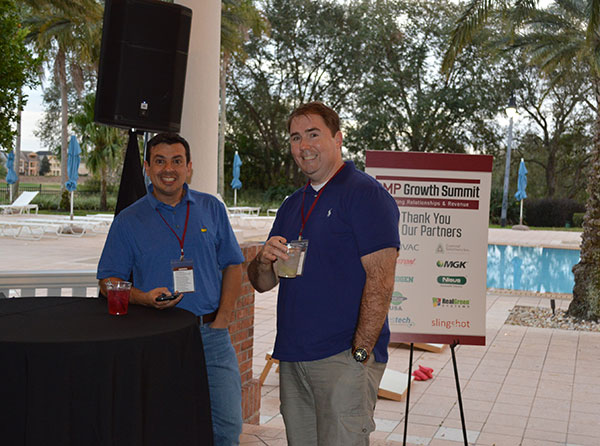 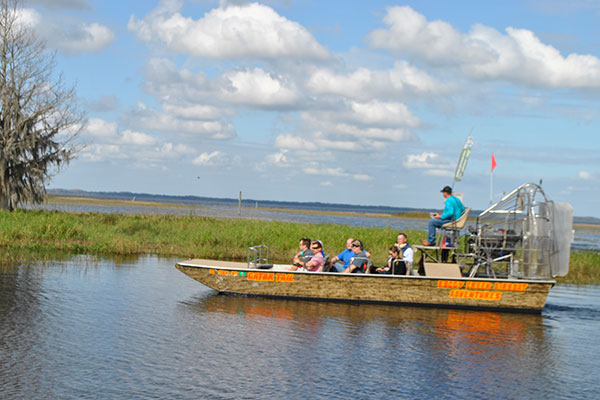 It was a beautiful day for an airboat ride. Photo: PMP staff 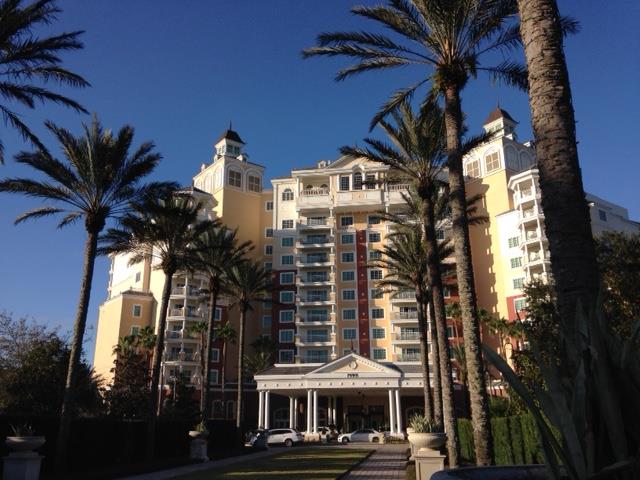 The PMP Growth Summit was held at the Reunion Resort in Orlando, Fla. PHOTO: PMP STAFF 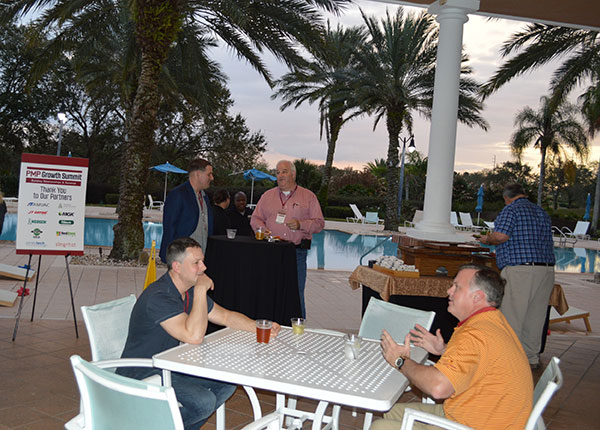 The pool was the place to be for the Welcome Reception. Photo: PMP staff 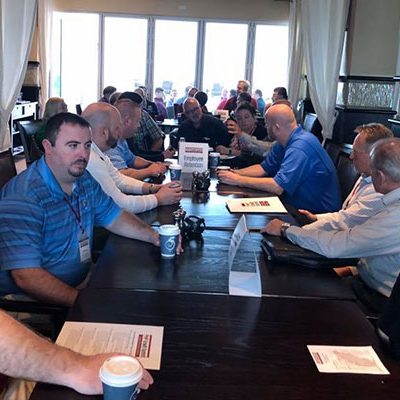 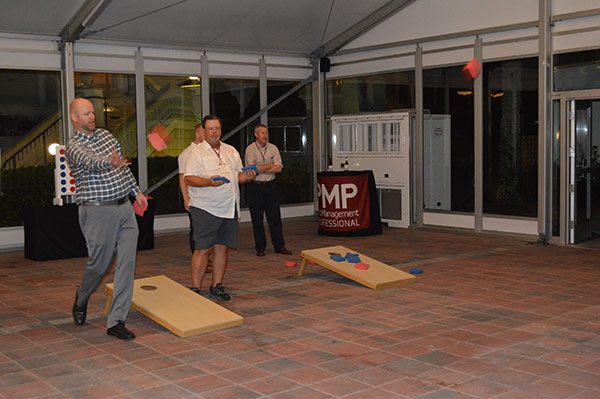 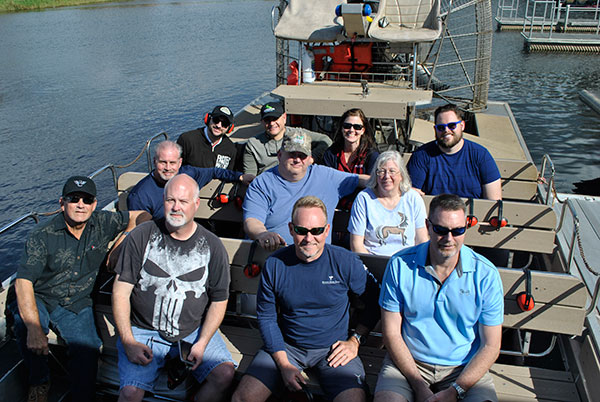 Instead of golf, many attendees opted for a ride on an airboat ride. Photo: PMP staff 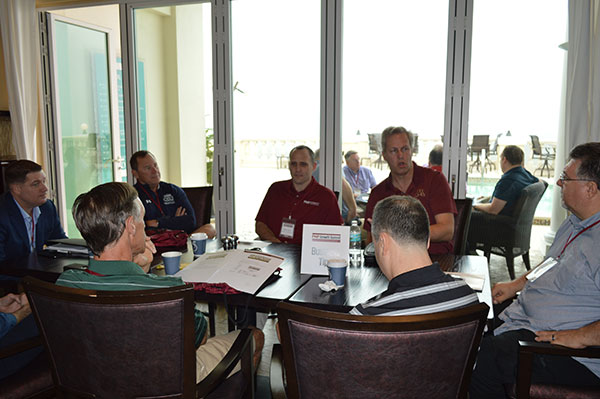 Business trends was the topic for one of five roundtable discussions. Photo: PMP staff 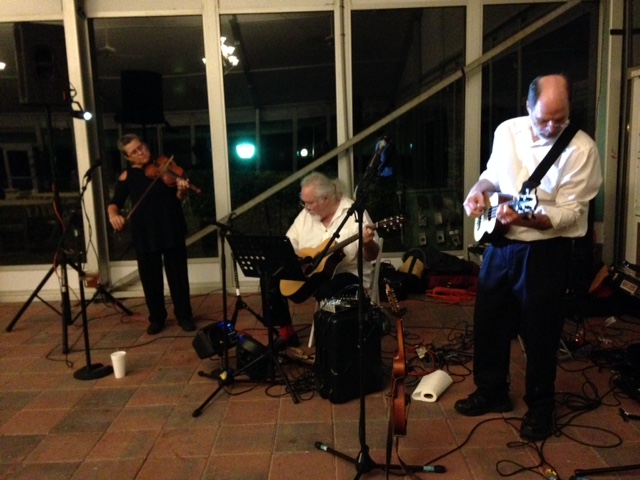 Check this page all week for blog posts, photos and more. Also be sure to follow PMP on Twitter and Facebook for live updates, tagged #PMPGrowthSummit. 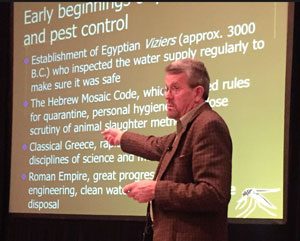 On Tuesday afternoon, the PMP staff welcomed more than 60 attendees to the Reunion Resort in Orlando, Fla. After attendees got settled in, they gathered to hear PMP Hall of Famer Dr. Jerome Goddard (Class of 2012) deliver a lively keynote presentation about public health pests. Dr. Goddard is also the author of PMP’s January cover story, the first installment in the serialized adventures of the fictional Crawley McPherson, Bug Man.

“Crawley is a crazy bug guy that is countrified,” Dr. Goddard explained by way of introduction, noting that his intent is to present pest control situations in a relatable manner. He segued into the keynote topic by noting how public health is a hot-button issue these days, and PMPs “should all be on board with that. We protect public health, not just property.”

Dr. Goddard summarized the difference in philosophies between clinical and public medicine as “In clinical medicine, when you’re sick, the doctors try to cure you. They care about getting you well. Public medicine doesn’t care about (just) you, but the county, the state, the country. Their focus is on, ‘How are we going to stop this?'”

Public health is based on herd mentality, where as long as the majority of the herd is protected, the herd at large is less susceptible. Dr. Goddard joked that while we might not see ourselves as cows or goats, humans in society are a herd nonetheless: “That’s why many health departments hire veterinarians, because herd health is herd health, regardless of animal.”

What public health comes down to, he says, is keeping the drinking water and waste water separate, and keeping vermin such as mosquitoes, rodents, ticks, flies and cockroaches from spreading infectious disease such as malaria, dengue, plague, yellow fever and typhus. “We might think of these as gone, but they’re not,” he says.

Dr. Goddard wrapped up his presentation with what he notes is one of the best examples of the intertwined roles of public health and pest management: Hurricane Katrina striking the Gulf Coast in 2005. In his role as State Medical Entomologist at the Mississippi Department of Health, Dr. Goddard assessed the aftermath and the impact it could have on an influx of pest populations, threatening public health. But as he explained to attendees, he and his assistant innocently inspecting for mosquito larvae was sometimes mistaken for a looting attempt — and they were confronted by hostile homeowners, brandishing signs with such warnings as “You Loot, I Shoot.”

But between the bulldozed debris piles waiting months to be relocated to landfills, the first responders giving away food in less-than-ideal conditions, and the homeowners who could return to their properties cleaning up with limited resources, the pest pressure mounted — and so did the public health threat. Describing a field hospital whose personnel complained of flies getting into open wounds during triage — flies stemming from a descimated KMart next door, whose roof was torn off, and hundreds of pounds of wet, moldy dog food on shelves became a breeding ground — Dr. Goddard points out that “public health collapses in a disaster or war.”

The Gulf Coast has made a comeback, of course, but even in everyday service, Dr. Goddard warns that PMPs should steer clear of overpromising protection.

“Don’t say ‘I’ll take care of those spiders,'” he says. “You can reduce the risk, but can’t eliminate the risk. On the service ticket, make sure there is verbiage there saying your company is not responsible for bites and stings.” After all, he adds, what if you treat for mosquitoes, and the family goes to Grandma’s house or the ball game, and contract West Nile virus?

Pivoting to medical pest issues such as lice and mites, he warns not to take any action other than referring them to a healthcare provider.

Dr. Goddard’s final points made to his packed-room audience? He referred once again to Sanitary Entomology: The entomology of disease, hygiene and sanitation, a book published in 1921 by William Dwight Pierce on which he relied on heavily when writing one of his own books, Public Health Entomology. “Not much has changed since that book was written nearly 100 years ago,” he concludes. “The message is still the same. We need to protect people from flies and mosquitoes, and to that I would add ticks and other vectors.”

After Dr. Goddard’s presentation, attendees made their way to a poolside evening cocktail reception. 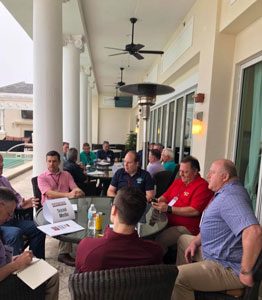 Two of the five roundtable discussions took place outside in the Florida sunshine.

Day 2 of the PMP Growth Summit kicked off with a buffet-style breakfast and five roundtables, where attendees shared their advice and experience on social media, employee retention, customer retention, business growth and profitable pests. Afterward, each PMP attendee had his or her own schedule to follow for one-on-one meetings with vendor partners, with time built in for breaks, video interviews and more discussions.

Attendees broke into two groups after lunch: The golfers enjoyed 18 holes on the Arnold Palmer course, while non-golfers headed out to enjoy a ride on an airboat.

The attendees reunited for a photo that will appear on the cover of PMP’s April issue. The night then wrapped up with a barbecue dinner, including cornhole and other games and a musical performance by Just Twistin’ Hay.

Day 3 of the PMP Growth Summit once again began with breakfast, then attendees prepared for a full morning of meetings and networking before heading home. Watch our April issue for additional meeting coverage, and stories throughout the year from our attendees and vendor partners.