Double blind: Difficult, but worth it 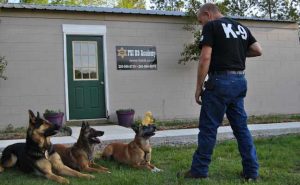 The World Detector Dog Organization (WDDO), which I founded after years of working with and training canines, has a vested interested in seeing teams pass the proficiency test and become full voting members. Those who do not have a dog and haven’t passed WDDO’s test are not allowed to serve as officers or to vote in elections of officers. So, let’s make it clear: WDDO would like to see more people, not fewer pass the test. What WDDO isn’t willing to do is water down the test to make that happen. WDDO is willing to help any team practice and prepare for the test, however. Help is available from members at large and member trainers.

With that out of the way, let’s talk about the objection some handlers have to taking a randomized, double blind test: Its level of difficulty and high failure rate. In my opinion, randomized, double blind tests are not overly difficult for properly trained dogs and handlers to pass. Dogs that are successful in field searches usually are successful in the test.

WDDO has tested hundreds of teams from law enforcement and pest control over years. The vast majority of tested teams agree that this test is the most objective and fair way available to assess the proficiency of a detector dog team’s performance. In my experience of testing hundreds of teams from both law enforcement and pest control, the mean pass rate for double blind testing ranges from about 75 percent to 85 percent.

Is the fact that a test is difficult to pass an acceptable basis for its rejection, or does double blind’s comprehensive evaluation offer testing organizations the opportunity to identify teams that need help? I believe it’s the latter that’s the most important. If we help teams that aren’t performing well, it will ultimately help us all by improving the entire profession and its community standing.

In the meantime, if you’d like to learn more about the non-profit organization I founded, the World Detector Dog Organization (WDDO) and randomized, double blind testing, please visit WDDO.org. If you have comments or questions about this post, please sound off in the comments section or email me directly at latimer_david@yahoo.com.