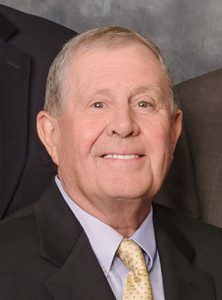 Tom Fortson Jr., vice chairman of Terminix Service Inc. (TSI), is a third-generation pest management professional who is overseeing the fourth and fifth generations at the Columbia, S.C.-based company. Founded in 1947 as a franchise of what’s today known as Terminix International, TSI is considered to be the Memphis, Tenn.-firm’s largest franchise.

Having grown up in the industry, Fortson has also given back to it in many ways. He is currently on the board of directors for the National Pest Management Association, and was a founding member of its Professional Pest Management Alliance (PPMA). He was also chairman of the board for PPMA from 1997-2017, and is still involved as chairman emeritus today. He is credited greatly with steering the PPMA’s mission, “tasked with growing, protecting, promoting and defending the industry, as well as marketing the industry to residential and commercial audiences through a variety of programs and tactics aimed at increasing consumer awareness about the value of professional pest control services.”

PPMA appoints 4 members to board of directors