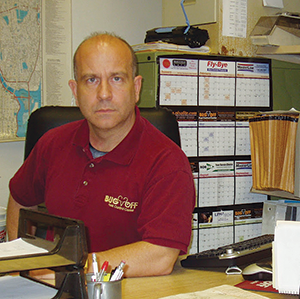 In general, occasional invaders are exterior nuisance pests that cannot survive for long indoors. They may enter structures for any number of reasons: when outside conditions become hostile to their survival; because they may be attracted to lights; or in the case of predators, they may be pursuing a meal. Occasional invaders are unique in that they may be members of several arthropod classes and many orders, families and species.

Non-arthropods include snails and slugs; non-insect arthropods include centipedes, millipedes, sowbugs, pillbugs, mites and spiders; and insects include beetles, springtails, earwigs and crickets. When it comes to control, we know the drill: Exclude them, avoid attractive lights, and deploy any number of labeled products indoors and outdoors for their elimination.

A distinct group of occasional invaders should be approached differently, however. Overwintering pests are strictly outdoor insects that find their means of survival outside of structures. Nevertheless, they may enter homes in large numbers to survive the winter months. They utilize structures for shelter only. They do not reproduce, feed or nest in homes, and are mostly inactive as they wait for the onset of warm weather. Insects like stink bugs, boxelder bugs, lady beetles and cluster flies, among others, may alarm residents who may insist on immediate relief. However, we should resist the temptation to engage in their wholesale massacre in favor of mechanical/physical means of removal. A good vacuum, for example, goes a long way in avoiding insect carcasses that will attract future scavengers.