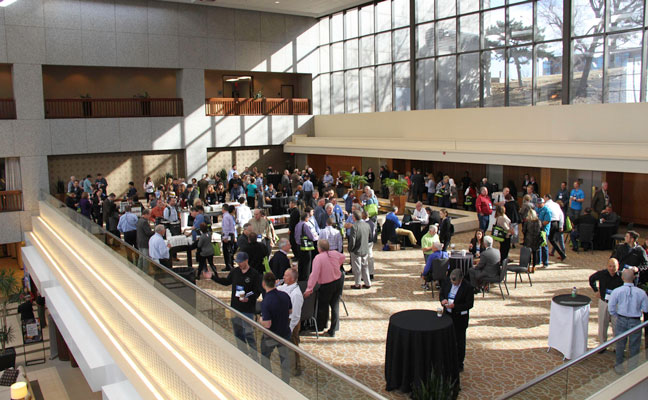 Reception view at one of the Young Professionals events at the AMCA annual conference. Photo provided by Kristy Burkhalter

Few industries are immune to the challenges that accompany an aging workforce. Industries and organizations lacking an influx of interested, talented young people can lose momentum and become less effective at meeting the needs of their constituents. That’s the scenario the mosquito control industry and the American Mosquito Control Association (AMCA) faced just a few short years ago. 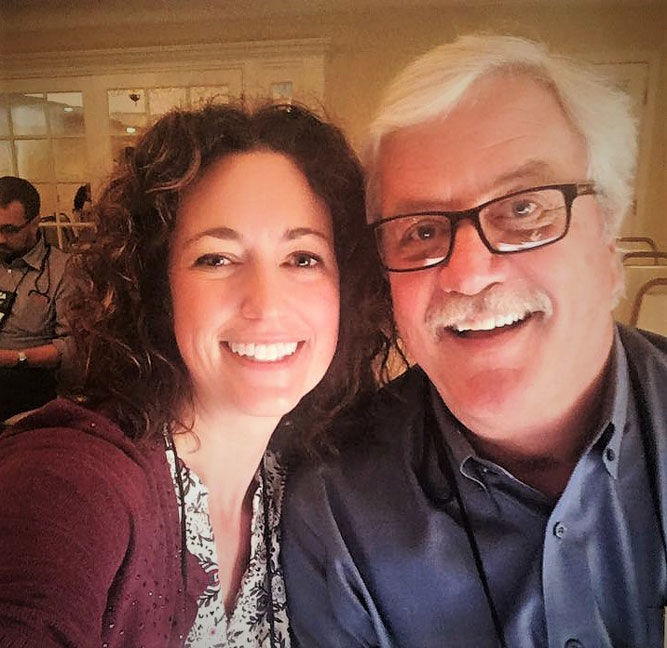 In 2011, Dr. Roxanne Connelly, medical entomologist for the State of Florida and full professor at the University of Florida, was serving as president elect of the AMCA. During a meeting to discuss membership within the AMCA, Dr. Roxanne Connelly, Alex Chaskopoulou, and Capt. Stan Cope brainstormed ideas for addressing the lack of new and young AMCA members. They decided to form a special group that would encourage younger members, members who had never attended an annual meeting and students to become involved with the association. The AMCA Young Professionals was formed, and has grown every year since it started and continues to be a success story for AMCA.

“It was amazing, electric and so much their (the YPs) own,” Connelly says. “It continues to be the most dynamic aspect of the AMCA annual meeting. We all recognized the importance of a group that would tap the fresh, young and exciting spirit of these newcomers and assist them in becoming the next leaders in their fields. It was also our hope that these young people would give back to the group by helping future young professionals.”

Connelly discussed the YPG with Jeff Alvis, business manager for AMVAC Environmental Products, and Alvis encouraged him to approach the AMCA and offer up AMVAC as a primary sponsor for the new group. A proposal from AMVAC was submitted and approved by the AMCA Board.

“Today, anyone in AMCA will tell you that the YPG is a very exciting group with in the AMCA,” Connelly says. “And, as our association membership is aging, we need these new, young members to step in and see that the AMCA continues to place people with the necessary skills in important positions. From the AMVAC perspective, our interest was in providing the funding that would allow the YPG to have the autonomy they needed to grow and to take on their own projects, and initiatives.” 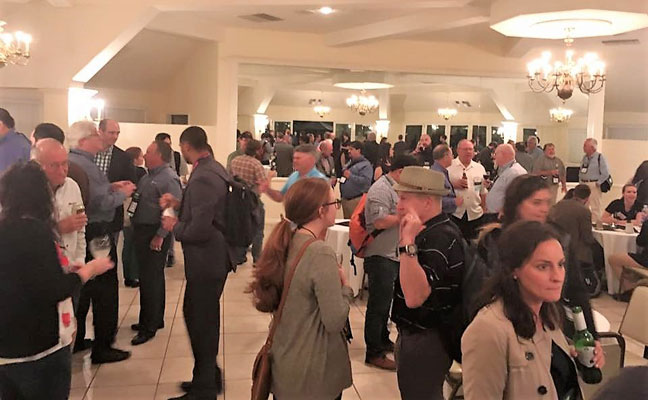 At the 2013 YP Social AMCA board members invited older, more experienced people in the mosquito control industry to join the industry’s young professionals at the YPG social. That’s when Kristy Burkhalter, microbiologist at the Centers for Disease Control’s Division of Vector Borne Diseases, got involved.

“The YPAG meets once a year at the Washington Days conference in person to discuss overarching issues,” Burkhalter says. “I oversee the committee and help organize it. I’m also the liaison between the young professionals and the AMCA board, and I speak with the industry and try to get sponsorships for our initiatives and events.”

Today, there are over 300 members in the AMCA YPG, with around 60 to 70 attending the AMCA annual meeting. Because most are scattered around the country, that meeting is their only chance to interact in person. However, Burkhalter and others have developed other ways for the group to remain active all year round.

“We have webinars once a month or every other month depending on availability,” Burkhalter says. “Some months, our webinars focus on professional skills like how to interview, build a resume, give a presentation and so on. We also offer a lot of mosquito biology and entomology-related topics. While they’re geared to our YPs, they’re actually open to anyone. We pay for the webinar service from our YP funds, and some states even make the webinars eligible for continuing education units (CEUs).” 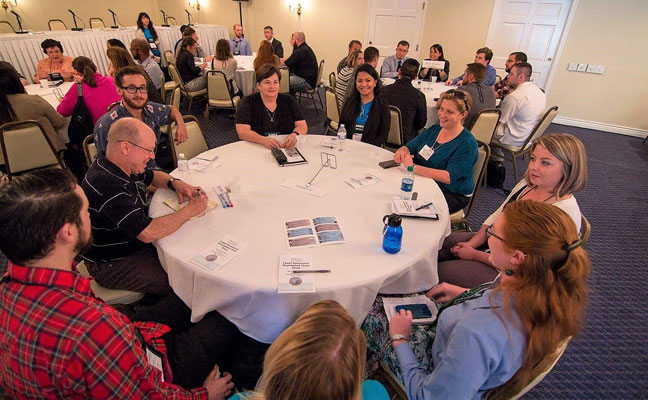 From shadow to spotlight

Another significant benefit of YPG membership is the Industry Shadowing Program. Because most students and young professionals just beginning their careers don’t have the funds to travel to the AMCA’s annual meetings, Burkhalter and the YP advisory group tried to think of ways to sponsor those costs.

“Rather than just give the young professionals a travel stipend, we wanted the meeting to be more of a unique experience,” Burkhalter says. “That’s how we came up with the Industry Shadowing Program.”

In this program, the YPG pairs a young professional with a sponsor whom they can shadow throughout the meeting to learn the business side of the mosquito control industry by attending meetings, socials and dinners. Because many of the YPG’s members are in academia, they often don’t know much about the commercial side of the industry itself, how it works or what career paths exist. And, those young professionals who are already actively working in the industry can still benefit from the networking opportunities the program presents.

The AMCA’s YPG started out with seven Industry Shadowing Program sponsors and now has 15. As a part of the sponsorship, participating young professionals receive a $1,000 travel stipend in addition to invaluable industry insight. The group assigns sponsors to young professionals a few months before the AMCA meeting so they can get to know one another. Some young professionals even get the chance to interact with their sponsors outside the annual meeting by going on workplace tours or to other special events.

Hannah Greenberg, a graduate student at the Vector-Borne Zoonoses Laboratory at Texas Tech University, is just one of the young professionals who has benefited from the shadowing program.

“My advisor at Texas Tech, Dr. Steve Presley, told me about the AMCA Young Professionals Group back in late 2016, and another graduate student in my laboratory group, Steve Peper, also encouraged me to join,” Greenberg says. “The networking opportunities sounded fantastic, and I was excited to apply for the Industry Shadowing Program as well.” 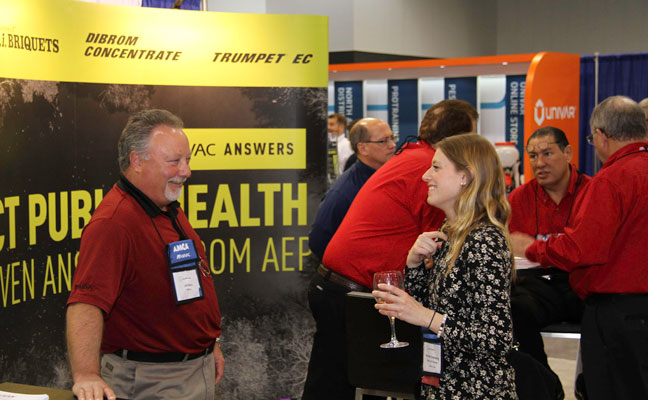 Greenberg says she didn’t go into her graduate program with the goal of becoming involved in the mosquito control industry. She had always been interested in public health and disease transmission and served in the Peace Corps in Senegal as a community public health volunteer.

“I was looking for a master’s program that was involved in public health, but in a more scientific capacity rather than the typical public health master’s track, which is typically more focused on policy and statistics,” Greenberg explains. “That’s when I discovered a master’s assistantship in Dr. Presley’s laboratory group at Texas Tech’s Vector-Borne Zoonosis Laboratory. Our group does a lot of work with mosquitoes, as they’re the primary vector for many different diseases worldwide. So, learning more about mosquito control through the AMCA’s YPG is helping me gain knowledge and insight about how to decrease the global burden of disease.”

Greenberg says that the YPG’s networking opportunities have given her a whole new perspective into the many different career opportunities available in her field. The annual YPG professional roundtable event gave her the chance to speak with experts in a personal, low-stress setting. And, she says that the YPG’s overall camaraderie has injected new life into the AMCA as an organization.

“You could say that it made the AMCA conference ‘buzz with excitement,’” Greenberg laughs apologetically at the pun. “Scientific fields in all disciplines have made tremendous advances over the past few years, and that applies to mosquito control as well. The dialogue that transpires between the professionals in this field and the YPGs is critical in helping us keep up with new technologies and implement them in useful and effective ways.”

AMVAC Environmental Products, including Connelly himself in the role of mentor, was Greenberg’s assigned YPG Shadowing Sponsor at the 2018 meeting in Kansas City. The entire AEP team has played a significant role in Greenberg’s professional development by introducing her to others in the mosquito control field with similar interests.

“Speaking with these other individuals was a wonderful opportunity to learn one-on-one from them about their daily work lives, as well as their backgrounds and what made them choose the mosquito control field,” Greenberg says. “The Industry Shadowing Program has also made it possible for me to attend the conference and gave me the chance to present my research. And that’s connected me with others in this field. I’m truly grateful for Peter’s guidance and AMVAC’s sponsorship.”

Connelly says it’s all very rewarding, both for himself personally and as a long-time member of the mosquito control community.

“Kristy (Burkhalter) has done a great job with this group,” Connelly says. “The YPs are smart, they know what they want and they are very eager to learn. The energy is really something. It’s truly an honor for AMVAC to be a part of it.

“I’m just tremendously grateful to work with Hannah and this group. There’s no shortage of enthusiasm, and we’re growing each and every year. It’s easy to see that these kids ‘get it,’ and they’re doing great things to improve their skills and become visible within their field of choice. I wholeheartedly encourage any interested young professionals to get involved with this group.”

To learn more about the AMCA’s Young Professionals Group or to join, visit www.mosquito.org or call the association at 856-439-9222.

Jeff Alvis is the Business Manager, Environmental Products at AMVAC