5 lessons PMPs should abide by 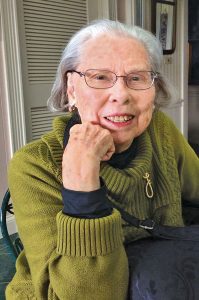 This month, I want to introduce you to a very special dude: my mother, “Dude” Johnson. Her legal name was Luella Bains Johnson, but everyone in the small town of Madisonville, Tenn., knew her as Dude Johnson. I knew her as Momma.

My parents, Cecil and Dude, were very special folks. They adopted, from various adoption agencies, four boys in all: Terry, who died early on, before my brothers and I came along; then Guy, me, and Lee. We were not blood brothers and we are all five years apart in age, but we were — and still are — a family.

I suppose I could have titled this month’s column “What I learned from my mother,” but “Hey Dude” is a much cooler title — and it’s the truth. She was one cool Dude!

5 lessons by which the Dude abides

1. Be able to laugh at yourself. As far back as I can remember, when Daddy came home from work he would come into the house and yell out “Hey Dude.” She would say “Whooo” in a low-register voice. A second or two later, he would call out again, with his voice at a higher tone, and she would again say “Whooo” with a slightly higher tone that emulated his. My brothers and I would try to imitate him, and we would all yell out “Hey Dude” and burst into laughter. I think he and my mother did this to make us all laugh, as they knew we were having fun with them. Momma always enjoyed laughter, whether it was watching “I Love Lucy,” or in her later days, “Keeping up Appearances,” which came on right after “The Lawrence Welk Show.” Leaders know that they need to laugh, especially at themselves, so employees will remember that they are human, too.

2. There’s value in hard work. My mother worked — as a teacher, as a secretary at the junior high school, she even ran the city’s swimming pool in the summers — from daybreak to long after sunset, always with taking care of others in mind. Thank you, Momma, for teaching me about hard work the old-school way.

3. Always be on time. Dude’s motto was, “If you can’t be on time, just don’t even show up.” I have tried to make this the standard for our employees while servicing our customers. People don’t like waiting on someone, and hate when someone is late. 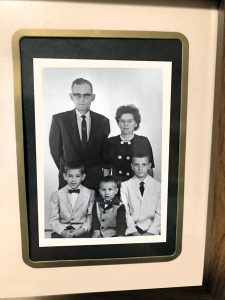 4. Don’t take decisions lightly. With three boys always getting into something, my mother learned early on not to make snap judgments. She was the wisest person I’ve ever known, and I have tried to emulate her decision-making skills as a result. I’d watch her reflect on whatever situation was at hand; when she would make a decision to reach a conclusion, it was almost always the right choice because she had thought through all the possibilities. In today’s business world, with a lot of roads that fork in many different ways, we all need a good dose of wisdom to keep us on the right path.

5. Honesty is the best policy. From the very beginning, our parents made sure we understood that we were all adopted. They also made sure we knew that they chose us. They cared for us. We grew up understanding the value and importance of being embraced by someone who loved us. The world would be a better place if more people were as kind, loving and generous as my parents were.

I wouldn’t take any amount of money for all of the lessons I learned from Dude Johnson. Thank you, Momma.