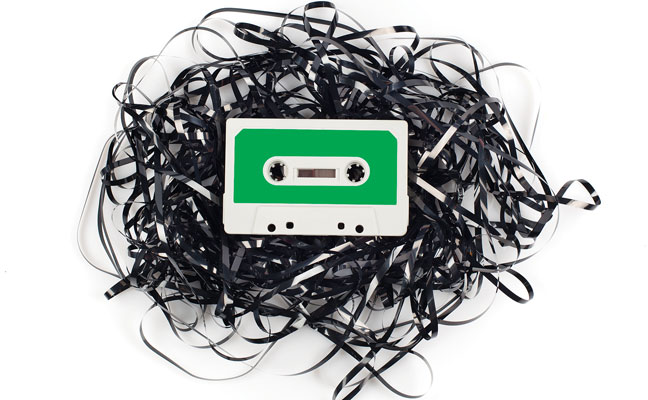 January 2019 will go down as the bloodiest month in Schopen Pest Solutions’ history. I lost not one, not two, not three, but four employees. That was 22 percent of my workforce. During the past nine months, I watched a total of five employees leave my company. People were walking out on me faster than theater-goers at a “Holmes and Watson” screening.

Of course, many thoughts run through your mind when you lose a significant chunk of your company’s staff: Am I a bad owner? Do I have good management skills? Were these bad people? Is the economy so good right now that it is hard to keep skilled workers? How do people get those tiny ships in those glass bottles? (Oops, wrong train of thought on that last one.)

Anyway, it all reminded me of the 1978 song “Blue Collar Man (Long Nights)” by Styx. This in turn inspired me to make a musical playlist for my recent work woes. Let’s hang out and listen to my mixtape (all employee names have been changed for this column):

“Family Man” (Craig Campbell, 2010): When people interview for a job, there is always so much hope in the room. She hopes you’ll hire her; you hope she isn’t an ax murderer. He hopes you will pay him what he thinks he’s worth; you hope he’ll wear a different cologne next time. He hopes he’ll have good news for his fiancé; you hope he’ll take the job. There is always so much optimism in the room when a good candidate is interviewing that you feel like the two of you could end world hunger, cure cancer and stop production on new Adam Sandler movies all in one stroke of the pen. The truth is, those good feelings don’t last very long.
Total Schopen Pest Solutions Employees: 20

“9 to 5” (Dolly Parton, 1980): The precursor to my awful January was the employee I lost last summer. “John” left Schopen to take a better paying job with more consistent hours. Practicing pest control in the northern states can be challenging. We work more than 60 hours per week in the summer, and usually fewer than 40 hours during the winter. John has three kids, and those erratic hours made it tough. John is a good person, and I hated to see him go. But I understood the thinking behind the decision.
Total Schopen Pest Solutions Employees: 19

“Money for Nothing” (Dire Straits, 1985): In January, I had an issue in my company involving professionalism. My technician “Molly” texted inappropriate pictures to another employee. I had no choice but to let her go. Another tech, “Roger,” wasn’t following company protocols and procedures, and he had the highest cancellation rate in the company. I let him go the very same day as Molly.
Total Schopen Pest Solutions Employees: 17

“Working for the Weekend” (Loverboy, 1981): “Betty” was a friendly and eager employee, but had some physical and emotional problems that proved to be too great to bear. Weekends always seemed to be the worst. She ended up quitting two days after I fired Molly and Roger. Oddly, less than 24 hours later, Betty came to work acting as if nothing had occurred, and wanted to continue working for me. But the veil had been lifted from my eyes and I didn’t bring Betty back.
Total Schopen Pest Solutions Employees: 16

“Take This Job and Shove It!” (Johnny Paycheck, 1978): Less than a week after Betty quit, my good friend “Paul” quit. Paul had been a very loyal and good employee. But he was a truck driver at heart, and after taking a five-year hiatus to work with me, Paul decided to get back into that line of work. This was a tough pill for me to swallow, because Paul had helped Schopen Pest Solutions get through some tough growing pains. There were nights when Paul and I would finish a 10-hour route, crack open some beers, wolf down a large pizza and set up the customers for the next day. It was not uncommon for us to put in 15-hour days together. On Jan. 30, we threw Paul a going-away party.
Total Schopen Pest Solutions Employees: 15

“Takin’ Care of Business” (Bachman-Turner Overdrive, 1974): As owners, we must always do what’s right for our company — whether we are giving a well-deserved raise to a good employee or firing someone for too many late starts. Currently, I am in the process of hiring my first-ever service manager, which should help me manage my employees better. I’m also looking at opening an office soon in Elkhorn, Wis.

Hindsight is 20/20, but I couldn’t have tackled either of those projects with some of the previous people in my employment. I can’t say we are a better company with all of the changes, but I can hope.