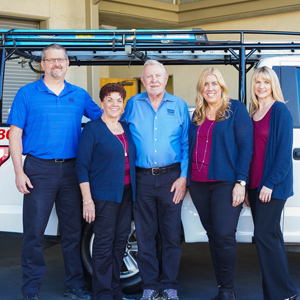 “Frank & Son’s was founded 40 years ago by Frank, who passed away in 2016,” notes American City President Cindy Ziemke, referring to Jose Maria “Frank” Terrones. “Their customers are accustomed to quality, personalized and dependable service, which is exactly what our company offers. Our family-run business is run much like theirs, so the transition has been seamless.”

Founded in 1979 by Ziemke’s father, Jim Shockey, American City Pest has been buying at least one company per year for the past six years — including Class Termite, Pug’s Bugs and Wise Pest Control, to name a few.

“Along with acquiring companies, we are equally focused on growing organically by concentrating on customer referrals, internet advertising and other forms of marketing as well,” says Ziemke.

American City is passionate about growth, customer service and employee empowerment. American City Pest’s Operations Manager, Greg Bausch, states, “Offering above industry-average pay and benefits to our employees has attracted dedicated people who truly care about their careers and therefore their customers, it’s a win-win.”

General Manager Andi Moreno agrees, noting “employee and customer retention are the foundation of our company’s reputation. Maintaining a solid reputation is dependent on loyalty from both the customer and the employee.”