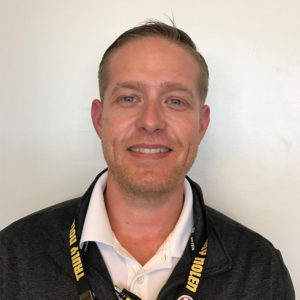 Folino’s new responsibilities will include helping the service office continue to maintain visibility with the local Tucson community and instilling the company’s core values in his team.

“The collective sales and service experience of my team is amazing, and I look forward to working with and growing alongside them,” says Folino. “I love that I can call anyone in our company with a question, and they can and will help me find the answer.”

Folino joined the company in February 2018 and was most recently a manager-in-training. Prior to joining Truly Nolen, he spent 17 years in the retail industry as a store manager for OfficeMax/Office Depot.

“Robert excelled as a manager-in-training by working with both our residential and national commercial teams over the last few months,” says Desi Rodriguez, Truly Nolen district manager in Tucson. “His previous retail experience and success made him the natural choice to lead our Tucson service office into the future, and I know that he is very excited and looking forward to the challenge.”

Founded in 1938, Tucson-based Truly Nolen is one of the largest family-owned pest control companies in the United States. The company has more than 80 branch offices in Arizona, California, Florida, Nevada, New Mexico, Texas and Utah. The company also has independently owned and operated franchises in a number of territories including Kentucky, Georgia, New Jersey, Canada, Puerto Rico and over 60 countries.