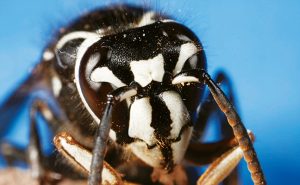 A three-minute video making the rounds on Facebook thanks to online resource “News Now” shows how an innovative DIYer, previously stung by bald-faced hornets nesting near the roofline of his home, took matters into his own hands — literally. He used his UAV (unmanned aerial vehicle) drone to hover by the nest. As the insects came out to attack, they were annihilated by the drone’s rotors.

Of course, as the video notes, the pheromone from the attacking hornets spread all over the drone body, so more hornets came out to attack. Spoiler alert: This unusual method took care of an estimated 75 percent of the nest occupants, and it took an hour to clean the drone of hornet guts. We know the drone operator would have been better off with a professional, who can get 100 percent control in a more humane and efficient manner. Still, going all in and using a drone as a weapon was kind of exciting, like an action movie that now doesn’t need to be made! (Perhaps the Hollywood version would incorporate a flame-thrower of some sort, judging by the tenor of the more than 1,700 comments on this video.)

This isn’t the first time a hornet vs. drone video made the news, either. Check out the innocent roof inspection drone in New Jersey that was attacked back in 2017. And read an informative, yet entertaining interview with Dolichovespula maculata.

Also, stay tuned for our June issue, which focuses on stinging insects — particularly pollinators, and why “bringing ’em back alive” can be a lucrative proposition for pest management professionals.

Exploring the use of drones to help manage pests

An aerial approach to pest management

How PMPs are using drones