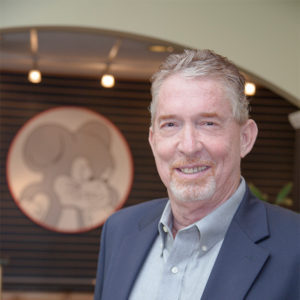 He previously served as the GPCA’s VP, where he worked with GPCA regional directors to promote activities and engagement among members. As the VP, Adams also volunteered on committees and offered his assistance wherever he was needed.

At Northwest Exterminating, Adams oversees a team that reaches out and forms partnerships with real estate agents across existing and new markets in Georgia, Alabama, South Carolina, North Carolina and Tennessee. Adams is an essential element of numerous strategic teams and committees at the company.

Away from work, Adams’ passions are his wife, Nancy, his children and his grandchildren. He enjoys restoring and driving antique muscle cars in his spare time.

Marietta, Ga.-based Northwest Exterminating was founded in 1951 by L.A. and Emma Lene Phillips, and it is now in its third generation of family leadership. The company has more than 600 employees in 27 service centers across five states, with a focus on providing “green” solutions for pests, termites, lawns, mosquitoes, wildlife and insulation. The company has been recognized as one of Atlanta Journal-Constitution’s Top Workplaces for seven consecutive years.

Founded in 1950 with only 16 members, the GPCA has grown to include over 85 percent of all pest control operators in Georgia. With a focus on all facets of the pest control industry that promote economic growth, the GPCA seeks to encourage professionalism, school operations, commercial establishments, home management, education and community involvement.